10 Old-Fashioned Dating Habits We Should Bring Back.

Most of us are too young to know about old-fashioned dating habits. But if you’ve seen old movies, then you know men used to call a lady to ask her on a date several days before. Then come date night, he’d show up all dressed up at her door with a bouquet of flowers, and take her to the movies. What if old-fashioned dating habits came back in style? 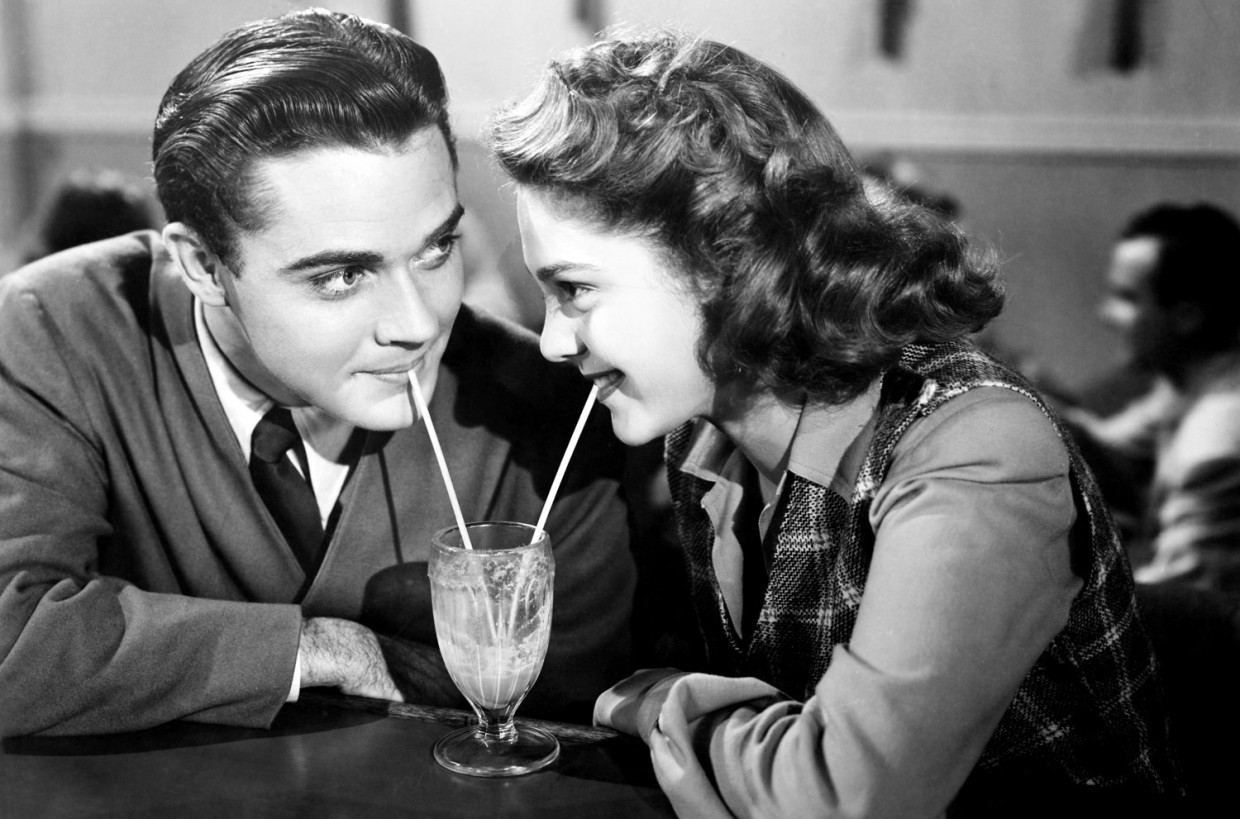 #1. Coming to the door to pick someone up.
I think we’ve all had it with the incredibly unromantic “here” text, and meeting up always seems to be more casual and platonic than the alternative. Of course, meeting someone from online or any circumstance like that would probably be the exception to this rule, but generally: the 30 seconds it takes to get out of a car or cab and knock on the door makes a huge difference.

#2. Trying to dress really nicely for a date.
“Nicely” means different things for different people, so I think it’s just a matter of putting effort into how you put yourself together to go out with someone. It’s not about wearing suits and petticoats again, but just realizing that, whether or not we like to accept it, appearance does count for something, and we should do our best to make sure that our appearance says something about us, in whatever way we’d like it to.

#3. Bringing flowers or other tokens of affection to the first date.
Now, many lucky ladies (and some men) I know get this regularly, and in fact, I have myself as well, but only ever with people I’d been dating for a while. I think there’s something to be said for bringing flowers to the door on your first date. It’s become uncool because it’s forward and it’s a gesture that confirms their interest, but we should definitely get past that idea and worry more about how we’re going to let someone know we really do care and appreciate that they want to spend time with us.

#4. Going dancing that’s not grinding on a grimy club floor.
Whatever happened to this? Dancing for the sake of dancing, like fun, not essentially sex on a dance floor dancing. What’s a better way to literally shake off nerves than seeing them bust a really dorky move on a dance floor? And the art of slow dancing has generally been lost, though I’ve been one to do it in my living room with my slightly coerced significant other, and I’ll tell you he’s said on numerous occasions it ended up being one of the most romantic nights we had together.

#5. Straightforwardly asking someone out and not calling it “hanging out.”
Or, as is very popular these days, “talking.” “Oh, we’re just… talking.” As in, seeing one another and speaking frequently as to get to know each other? So… dating? We’ve found these really convenient ways to skirt around the issue of having to put our hearts on the line, but honestly, it just ends up being messy and confusing for all parties involved. There’s no need to go back to the idea of courting or anything, unless you want to, but simply being direct about whether or not you’d like to go on a date with someone is a truly lost art, one that really shouldn’t be.

#6. Additionally, being clear about when you’re “going steady.”
Oh, the awkward, “so… are we… you know… what are we?” talk. Classic. We should go back to asking one another if the other person would like to “go steady” or something. There’s something about asking them if they’d like to rather than assuming that you are or aren’t anything that’s just very cute, in my opinion.

#7. Romantic gestures like writing poems.
Writing poems may not be for you, I know mine would look something like “Roses are red, violets are blue, I hate poetry but I love you.” I literally just made that up thank you please quote me when you inevitably post that gem on Tumblr. But seriously, like a handwritten letter in the mail or just surprising them with something you made even if it looks like the macaroni necklace you made when you were 5 is cute just because you tried and were thinking of them.

#8. Turning electronics off and just being with one another.
I’m not sure there is anything worse than the person who picks up their phone and starts staring at it in the middle of dinner, or at any point while you’re together and having a conversation. I’m not anti-technology here (hello, I work for the Internet) but I am saying that there comes a time to turn it off and disconnect and remember what actually matters. People.

#9. The general concept of asking permission for things.
It used to be principle for people to say: oh, when can I see you? Or, when could I call you? Rather than just assuming they can at any point. But I think that old concept could be applied to our modern world by just assuming that, unless told otherwise, you should ask permission to you know, touch them anywhere, take them out, call them at a certain time, etc. Once you’re in a relationship these things usually don’t require asking anymore, but some do, especially when it comes to sexuality. I once knew a person who said that they asked permission before so much as touching a girl’s thigh, and that always stuck with me.

#10. Not assuming sex is to be had at any point in time.
Now, I’m certainly not saying it should go back to being a taboo that’s unspoken of, but we certainly shouldn’t expect it from someone on the third date, on the first date, because they’re being flirty, because you know they’re into you, or even because they agreed to go out with you. A date does not have to be a precursor to sex, and you shouldn’t be disappointed if it isn’t because you should never assume that it will be. It depends on the person you’re with and what they want to do.

What do you think, will these old-fashioned ways come back in style? If you liked these ideas, share them with your friends and family. Maybe one of them has a date this weekend!

LIKE US ON FB 🙂
« This Sea Lion’s Reaction To A Little Girl Falling Down Is Just Brilliant » They Told This Little Boy His Dog Was Going To Be Put Down. His Response STUNNED Them.