12 Signs You’re Dating A Man, Not A Boy. You’ll Probably Want To See This.

Share the post "12 Signs You’re Dating A Man, Not A Boy. You’ll Probably Want To See This." 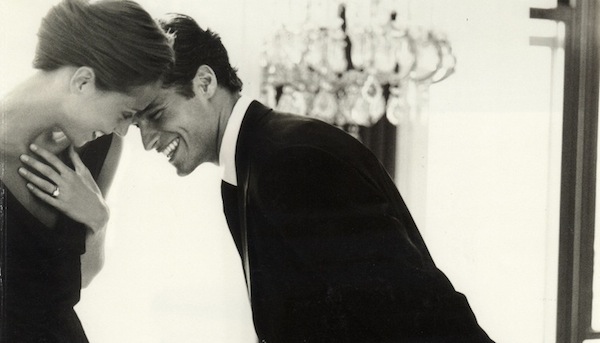 Ladies, real men do exist – and not those poor excuses you’re used to dating either. There are fully grown-ass men in this world and they would love to be with you.

The truth is that you don’t have to settle for whatever boy comes your way. In fact, you shouldn’t settle; you’re doing yourself a real injustice. If you’re going to be with a man then be with a grown-ass man. Simply put, they’re better for you. They’re more fun. They’re more reliable. And they’re better in bed.

There really is no reason to date the schmucks you’ve been dating. Although, to be fair, it can be hard to tell the difference – especially at first glance. But with time, it’s easy to separate the men from the boys. In case you need a little extra help, here’s a checklist for you:

Not a frat house. Not a zoo. Not a garbage dump, but an actual apartment. He doesn’t necessarily have to have his own place. Nor does it need to be extravagantly furnished, but you should be able to distinguish the floor from the rest of the place.

Grown men take pride in surrounding themselves with an environment that supports an active and healthy lifestyle. If he’s too lazy to keep his place clean then he’s definitely too lazy for the more important things in life.

2. He does what he does because he loves to do it – he’s more than capable of motivating himself.

This isn’t to say that a guy working at McDonald’s isn’t a grown-ass man. Unless, of course, that’s where he plans on staying. It’s really all about the plan. Grown men have plans to get themselves from point A to point B. More importantly still, they are driven to do so.

3. He doesn’t ever need a babysitter.

No matter how drunk he is, no matter the situation… if your man is able to take care of himself and get his sh*t done, then he’s a grown man.

If you’re dating a guy who needs you to carry him home after a night out or to keep a leash on him so he doesn’t go off an do something stupid, then I think you know the kind of guy you’re dating.

4. When he has a problem, he speaks his mind – and does so calmly and respectively.

You see, grown men don’t just go about agreeing with everything their women say. They have a mind of their own and they’re more than happy to speak their opinions. However, they do so respectfully and are always open to hearing your thoughts on the matter.

5. He has his priorities straight – and you know you’re most definitely one of them.

Guys who are lost in life aren’t much more than boys. Men have direction. Boys have playtime. If your man knows what he wants out of life and gives all those things that are most important to him attention and care, then you have yourself a winner.

6. He takes care of himself – body and mind.

His body is his temple and his mind is his high-priest. He lives by his own religion – his own philosophies. He understands that in order to feel good, you have to feel healthy. He’s a well-oiled machine, inside and out.

7. He supports you and your dreams, always encouraging you and keeping things positive.

8. He doesn’t complain because he knows complaining doesn’t yield results.

He puts his nose to the grind and produces results. Bitching is for bitches. He’s a grown-ass man.

9. He makes decisions, but is more than comfortable with allowing you to take the wheel.

There is never a need to have one of those pointless “what do you want to do?”, “I don’t know, whatever you want to do” conversations. If you ask him what he wants to do, he gives you options, not a question or a volley in response.

10. When he has you alone, he isn’t interested in anything other than you.

He’s not concerned with the show on TV, the music on the radio or anything other than getting you undressed. He’s a man, an animal. And he is more than keen to let the animal out to play.

12. He knows your value and appreciates you for you.

He cares about you and knows that words fall short of the emotions he feels for you. He’s not shy to show you he loves you because you are one of the most important aspects of his life.

Share the post "12 Signs You’re Dating A Man, Not A Boy. You’ll Probably Want To See This."

LIKE US ON FB 🙂
« This Father And Daughter Ditched ‘Frozen’ For An Epic Iggy Azalea Lip Sync » Here Are 45 Rare Photos From The Past You’ve Never Seen Before. #7 Is Horrifying!