A Little Girl Cried For Days Over Her Lost Stuffed Animal. But What’s Shocking His How She Found It…

Share the post "A Little Girl Cried For Days Over Her Lost Stuffed Animal. But What’s Shocking His How She Found It…"

On Friday, a woman named Lauren Bishop Vranch found a small stuffed animal, lost and forlorn at Kings Cross Station. The little thing was completely threadbare and had obviously been some child’s close companion for years – and now he was all alone. Determined to help out a little boy or girl in need, Lauren picked up the stuffed animal (which she guessed was a teddy bear) and took to the Internet. She was determined to save it!

Her first, alerting the Internet of the bear’s predicament. 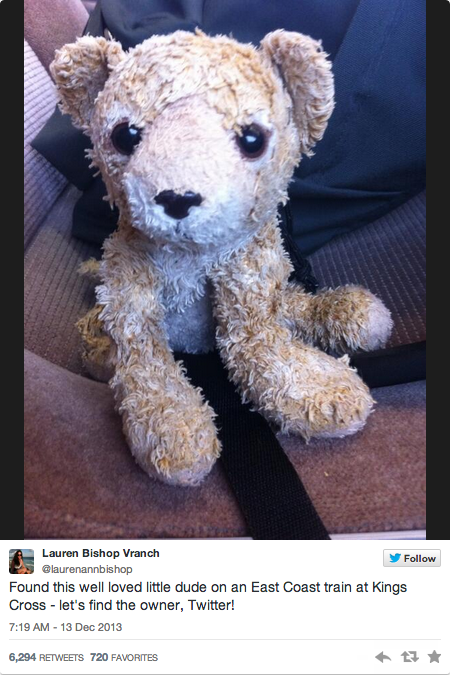 She tried to give the little guy to the employees at the station, but they advised her that the bear would probably end up very far from where he was lost.

So, Lauren took the little bear with her! He was in for quite a trip… 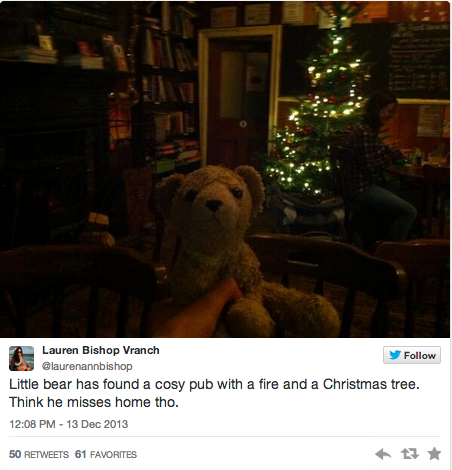 All the while, she updated her Twitter account with pictures and status updates, using the hashtag #lostbear, hoping to find the owner. (And she also took him to see a show at Northern Stage Newcastle.) 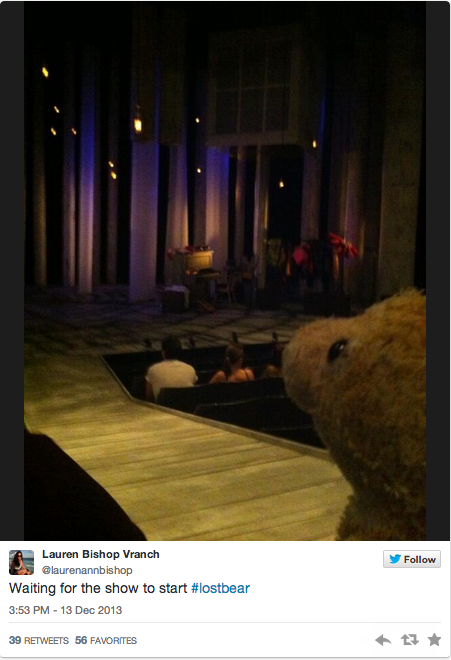 She even took him backstage (lucky bear). 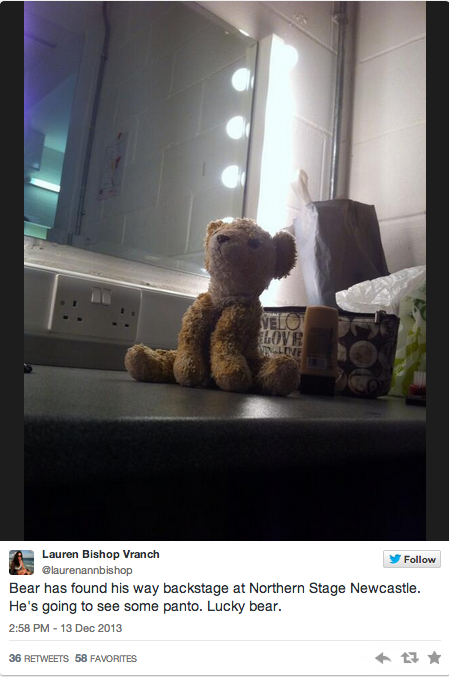 She even put the little guy up at a hotel (with her anyway). 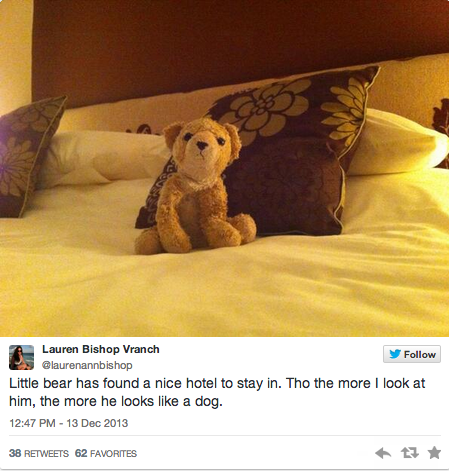 He was seeing the world. 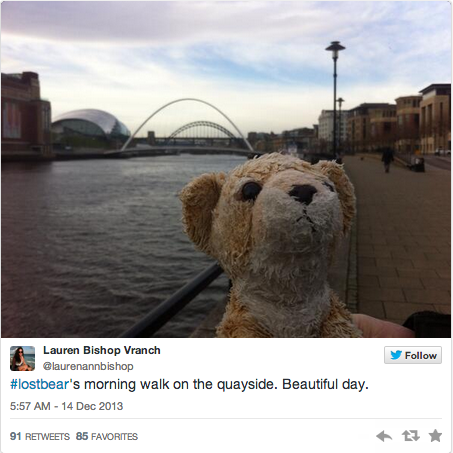 But no matter how much fun Lauren was having with her new friend, she was determined to get him home. 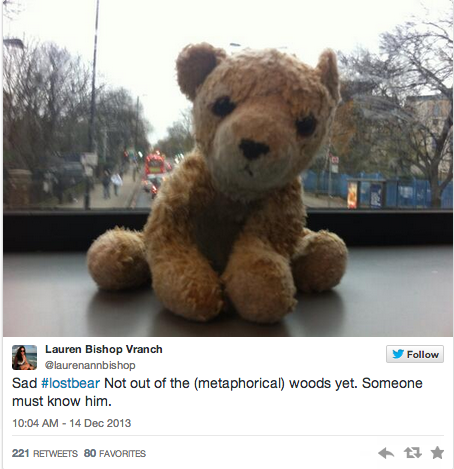 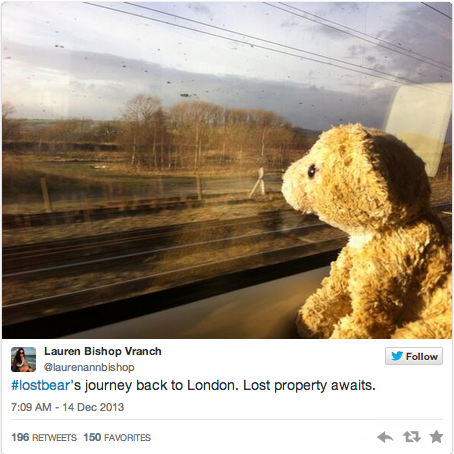 The internet did its best to help aid Lauren in her search.

Unfortunately, when she got back to London, she was unable to go to the Lost Property department as it was closed on weekends. So, the two stayed in and watched television. 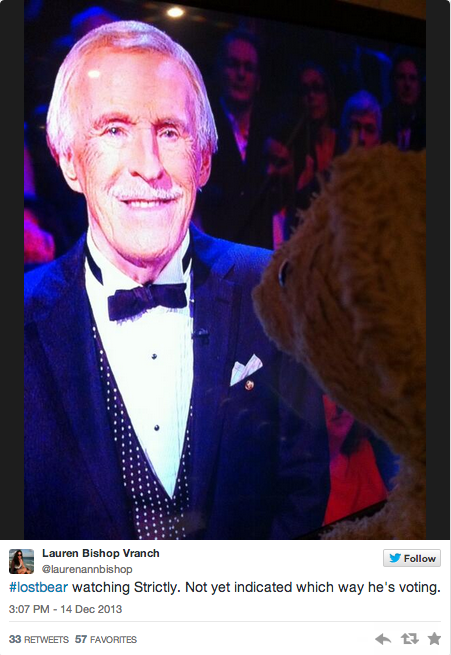 Then, something miraculous happened! The family that the little bear belonged to saw Lauren’s post on a Facebook page. A little girl named Phoebe lost the little (as it turns out) lion named Roar when she was on a family trip to London.

And after another special trip to London…

Phoebe and Roar were back together again!

Sometimes, the internet proves to be full of really awesome people.

Thank you, Lauren, because you just restored our faith in humanity!

Share the post "A Little Girl Cried For Days Over Her Lost Stuffed Animal. But What’s Shocking His How She Found It…"

LIKE US ON FB 🙂
« Take Your Pet To A Vet RIGHT AWAY If They Do This. Recognizing This Behavior Early Could Save Their Life. » These 20 Photographs Will Leave You Speechless. Especially The 6th One. There Are No Words.