A Real Life Purge Is Happening In Louisville RIGHT NOW. This Is NOT A Joke.

Share the post "A Real Life Purge Is Happening In Louisville RIGHT NOW. This Is NOT A Joke." 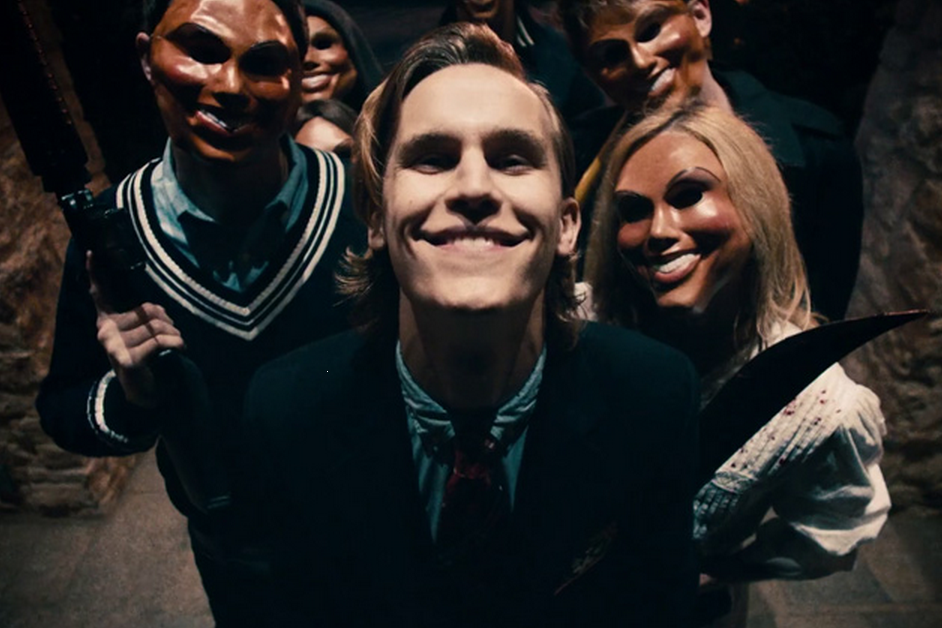 I live in Louisville, Kentucky and earlier this week there were rumors that people would be doing their own version of the movie The Purge. Obviously police don’t take threats like this lightly, but I figured, like most, it was just a prank by a bunch of idiots trying to get attention. My friend called me about an hour ago and told me to listen to the Louisville Metro Police Scanner and hear what’s going on.

It’s getting a little crazy.

I don’t want to cause panic or fear, but if you are in the Louisville Metro area, you should stay indoors tonight. Over the past hour I’ve heard of home invasions, masked groups walking around with weapons, and numerous other bizarre and violent calls. I’m going to leave this open and try to keep you all updated as much as possible as to what’s happening. I won’t promise pictures because there’s no way I’m going outside, but everything I hear I’ll pass along.

9:54pm A group was just spotted trying to rob a liquor store with knives in hand. They fled before authorities arrived.

9:57pm I don’t think this is related, but someone was preventing a group from entering a pool because he said it was full of sting rays. I may have misunderstood the exact story, but if someone brought in a bunch of sting rays to mess with people they’ve taken it to another level.

10:02pm There are loud explosions outside my house. I don’t know if it’s fireworks or gun fire but it’s within 50-75 yards of my house in the Highlands. I’m calling authorities just to be safe.

10:06pm Apparently it was someone setting off a bunch of fireworks as a prank. Police said they already had someone in the area checking it out.

10:08pm My friend Sara was on the scanner about 20-30 minutes before me and here’s what she had heard before contacting me. Again, this isn’t official, so take it for what it’s worth:

10:18pm The Kroger on Dixie Highway got a threat from someone saying they were going to burn it down. For Dixie Highway that’s probably not that out of the ordinary.

10:20pm If you haven’t seen it, here’s the flyer that was going around town over the past few days: 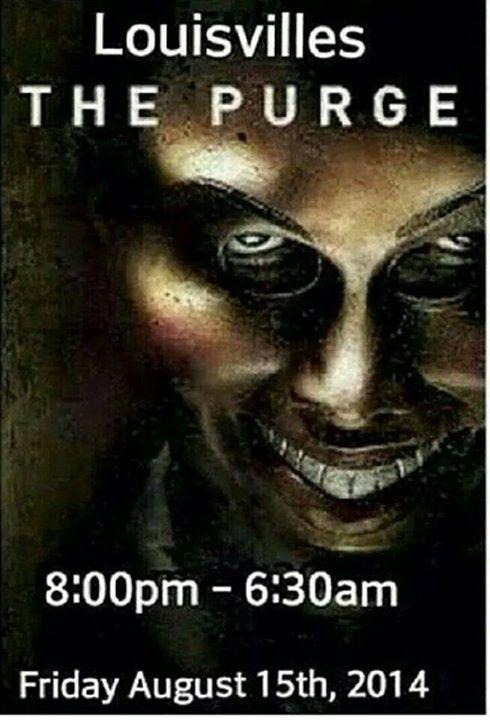 10:21pm A group of at least 5 was spotted near 38th and Broadway walking around with guns.

10:26pm There are lots of reports of groups causing disturbances, but that’s not incredibly unusual for a Friday night. Unfortunately it seems as many of them have weapons so let’s hope police get to them before they can actually cause any harm.

10:32pm It seems as though people are taking it seriously. I live in the Highlands, which is usually a busy area, but it’s unusually quiet tonight:

10:38pm If you need a reason to love cats more than dogs, my dog was crying by the door and I had to take her out. Baxter Ave. has a fair amount of traffic right now and no one around there seems to mind what’s going on. My neighbor thinks that people need to find better things to do besides copy bad movies, in case you were wondering his opinion.

10:42pm A male was spotted on the side of the road possibly wearing a mask just standing there with a hammer.

10:49pm A source tells me that police have responded to several break-ins and fires in the downtown and Portland area. They’re keeping media coverage to a minimum so it doesn’t cause panic.

10:51pm Over the last hour the police scanner has gone from around 25k listeners to over 86k. I’ve never seen this many listeners on there at once.

10:55pm A group of around 15 people were spotted around the Waterfront carrying American flags. No trouble yet, but it’s an odd time to show your patriotism.

11:05pm It’s great to see that schools were proactive and took this seriously. St. Xavier had a football scrimmage scheduled for tonight and it was moved to Saturday as a precaution.

11:06pm Several reports of shots being fired, but again, it’s not incredibly unusual for a large metro. I don’t want to assume everything we hear is part of this alleged purge.

11:10pm A group of teenagers was spotted outside of Wendy’s with baseball bats. No word yet on if they’ve tried to harm anyone.

11:14pm Ok I don’t know if this has anything to do with what’s going on or if I heard incorrectly, but I swear I just heard the police scanner say there was a report of someone raping a cat.

11:21pm There have been reports of general mischief over the last few minutes like banging on garage doors, which doesn’t seem like much, but when people are in their homes terrified of someone possibly breaking in and hurting them, it would be horrific.

11:30pm Several reports of businesses and individuals in fear of suspicious individuals around their property. I’m sure the number of those calls will only go up with people being fearful and overly cautious. If you’re in Louisville please stay home or indoors just to be safe.

11:38pm There are some people out but this is the most quiet night I have heard in the Highlands in a long time. It’s eerily silent outside:

11:38pm Two men just walked up to a Papa John’s, opened the door, and said “Are you ready for the purge?”

11:47pm The police scanner will occasionally go silent and for some reason that’s more creepy to me than when they’re talking.

11:54pm Several reports of break-ins have come across the police scanner, but for the last few minutes calls have slowed down a bit. Hopefully things get a little more calm through the night, instead of worse.

12:03am A report just came in of a male trying to break into a woman’s house through her back door. He fled down the alley.

12:08am WLKY is reporting a fatal shooting in the 1600 block of Arcade Avenue. No arrests have been made.

12:17am Reports of people driving around screaming about the purge happening tonight. They haven’t done anything serious, but authorities are being contacted immediately when something like the takes place.

12:19am A group of individuals on motorcycles have been reported as gathering together and possibly vandalizing cars.

12:32am Reports of a police car door open on Cherry Hill and someone running around in the area. Not sure the details, but will update as they come in.

12:34am Another call for a break-in that’s in progress.

12:39am A few reports have come in of strangers continuously knocking on people’s door. It may not sound major, but I would lose my mind if that happened right now.

12:40am Another report of an attempted break-in. The woman said a man was pushing on her door trying to get in.

12:55am Police are still looking for a man with a shotgun last spotted around the 3500 block of Grand Avenue.

12:58am Multiple reports of shots being fired around the 4400 block of River Park.

Share the post "A Real Life Purge Is Happening In Louisville RIGHT NOW. This Is NOT A Joke."

LIKE US ON FB 🙂
« Here Is What Guys Are Secretly Thinking When We Text You Girls » The Most Amazing Video You Will Probably Ever See. It Basically Sums Up The 80s Perfectly.