Accepting The Hook-Up Culture Is Getting 20-Somethings Nowhere. Let Me Explain Why. 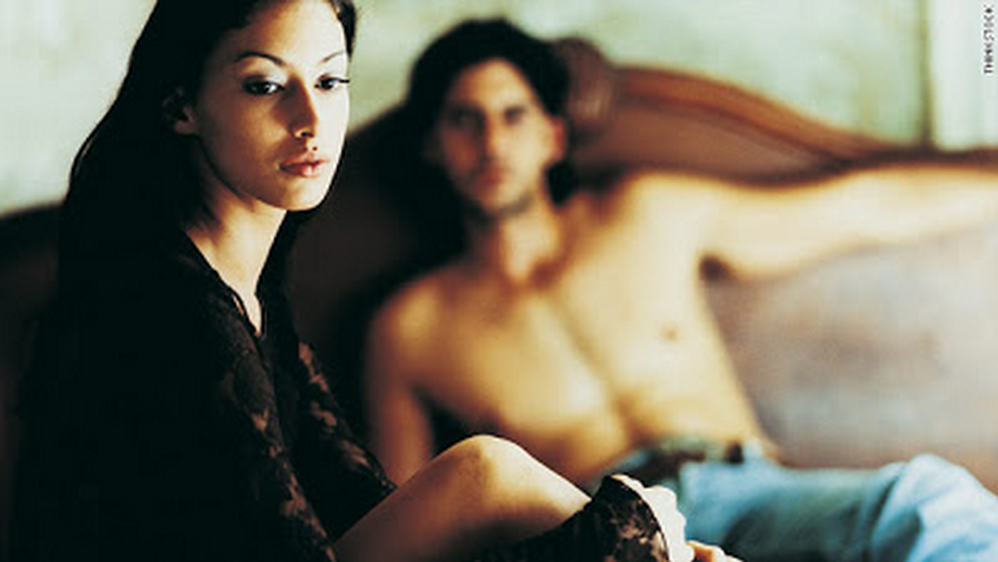 To say that our generation is inadequate when it comes to romantic relationships would be the understatement of the year.

Instead of relationships, it’s non-relationships that we’re condoning. Participating in today’s hook-up culture is easy and fun, but is it getting our generation anywhere? What are we gaining?

The real question is, what are we missing out on? The series of hookups and non-relationships leave us feeling unfulfilled; yet, barely anyone seems willing to do anything about it.

The Non-Date and the Non-Breakup

What thwarts me the most about the hook-up culture is the excessively nonchalant attitudes we all seem to deal with when it comes to someone we’re interested in.

Many people believe that playing it cool or not caring is considered attractive, but it’s actually quite discouraging.

A man I recently met (let’s call him Dick), who I shared a mutual attraction with, would of course send me text messages that read something like, “Hey, maybe we can meet up for a bit at some point this weekend?”

It’s the “maybe” and the “at some point” that gets to me. The epidemic of passive man is upon us. Let’s use Dick’s text message as an example: An underlying fear of coming across as too eager or being rejected is likely the cause behind this ambiguity.

I guess it’s no longer the norm to have even a hint of old-fashioned flavor to your courtship. These days, instead of being presented with a cute plan and a fun date idea for a specific day of the week, women are getting proposals of non-dates and casual hangouts.

A suggestion to consider would be to simply ignore texts that present nonchalant plans and proposals of non-dates, and suggest that he come up with an actual date idea.

It doesn’t matter if he figures out where he’s going wrong or not; the point is that you’re still making a difference by not participating or enabling, and by having a backbone.

Any man who sends me a text along the lines of, “Hey, Erica, would you like to go out for dinner on Friday night?” gets an automatic 10,000 points, especially if he asks at least a few days in advance.

More men should be asking women out with definitive plans in mind, instead of asking if they’d like to “maybe” hang out “sometime soon.”

You, however, have some control over the matter by being confident enough to not participate in the hook-up culture he is trying to set up here. Walk away from the hook-up arrangement, and you will walk into the arms of Mr. or Mrs. Right.

Traditional Dating is Dying Out

This generation needs to start dating again. I talk to women all the time who are losing hope that they’ll ever find a man who is actually willing to delete his Tinder account and just be with one awesome woman.

What these women need to realize is that traditional dating is dying, but it’s not dead yet. There are still men out there who do have the balls to take a risk or make a sacrifice for a special someone.

The hook-up culture is appealing in part because it is so low-risk. Keeping things casual ensures that you face much less rejection than you would if you were attempting to take it to the next level.

The casual nature of the hook-up culture and the non-relationship also guarantees that there won’t be that tearful breakup if things don’t work out.

Sometimes a friends-with-benefits relationship will continue for ages, partially because one or both parties is concerned that if it is taken further, there could potentially be a breakup followed by losing that person for good. It seems easier to keep things as they are.

Everyone seems to have a lot of options (especially if they are using online dating apps like Plenty of Fish or Tinder), and many have a fear of missing out (FOMO) on those options if they commit to one person.

To these people, I suggest taking a chance and giving up your other options. No risk, no reward, right?

We should also be willing to risk feeling that embarrassment and awkwardness you’re dealt when you lay your feelings on the line and you’re rejected.

Remember: No pain, no gain, and what you can gain is a real relationship with true intimacy, and the sense of happiness and fulfillment that comes with it. These tremendous gains will be worth the wager you took to get there.

Since all we’re doing is texting each other all the time, we’re used to communicating in a brief, simple and casual way. We need to bring back the phone call.

For communicating in between get-togethers, a phone conversation allows for thoughts and words to flow more effectively. Conversations don’t flow the same way via text, and it’s harder to truly get to know each other and for relationships to blossom.

One of the biggest benefits of properly communicating is that you’re getting rid of that awful feeling of uncertainty you have when you’re not sure where you stand with someone you like.

Unfortunately, we are often unsuccessful at the open type of communication. We have been conditioned to play games and play it cool instead of being open and honest.

We think that showing we care or verbalizing how we genuinely feel can lead to losing the person we’re interested in.

Whoever cares less wins… or so we think.

Plenty of Options and Plenty of Hookups, But Still Lonely

It’s rare for a woman of our generation to meet a man who treats her like a priority instead of an option. Some of the loneliest, most unhappy people I know, have a ton of options and have no problem finding someone to spend the night with.

However, they’re lonely because they don’t have anyone they let themselves care enough about to develop a true connection with.

Even the sex feels empty. The only real way to have amazing sex is to have it with someone you share true intimacy and feel totally at ease with. Is there any real intimacy in the hook-up culture?

How much are you even enjoying these hookups?

Hooking Up Ultimately Leads to Heartbreak

Many women tend to think the guy they’re hooking up with might fall for them. This is something they secretly hope will happen, and they convince themselves that a series of hookups with the same guy will ultimately lead to him wanting something more.

This lingering hope causes women to reluctantly participate in the hook-up culture, in hopes that he will wake up one day and realize it’s been her the whole time.

It reminds me of some Taylor Swift song — and accordingly, it’s a common enough problem that I’ve seen several women crushed when this dream dies.

There was a time when being in a relationship seemed easier to accomplish. Perhaps this was during a time when online dating was less prevalent and people had less options getting in the way of commitment.

This was a time when more people gave it their all, and actually openly communicated their feelings with each other. Now we think we might like to be exclusive with someone we think is special, but we don’t dare say it out loud.

You can be a willing participant in the hook-up culture, but what happens when one day you decide you want to be in a relationship?

To the men out there: It’s worth sacrificing other options for a special lady, and please bring back the traditional date. You will score major brownie points with women.

As for the women out there: Let’s drop the delusion that a series of hookups will hook a boyfriend, and instead hold off on sex until a commitment has been made.

Let’s find fulfillment by taking some risks, harboring self-discipline and laying our hearts on the line the good, old-fashioned way. You’ll be a better person for it, and maybe even grow up a little along the way.

LIKE US ON FB 🙂
« Homeless Man Arm Wrestles For $100, And Does The Most Inspirational Thing You Will Ever See » Here’s What Happened When A Guy’s Wife Decided Not To Get Maternity Photos. It’s Pretty Hilarious…