I’m A Self-Proclaimed Homebody. Here’s What I Really Mean When I Talk To You.

Share the post "I’m A Self-Proclaimed Homebody. Here’s What I Really Mean When I Talk To You." 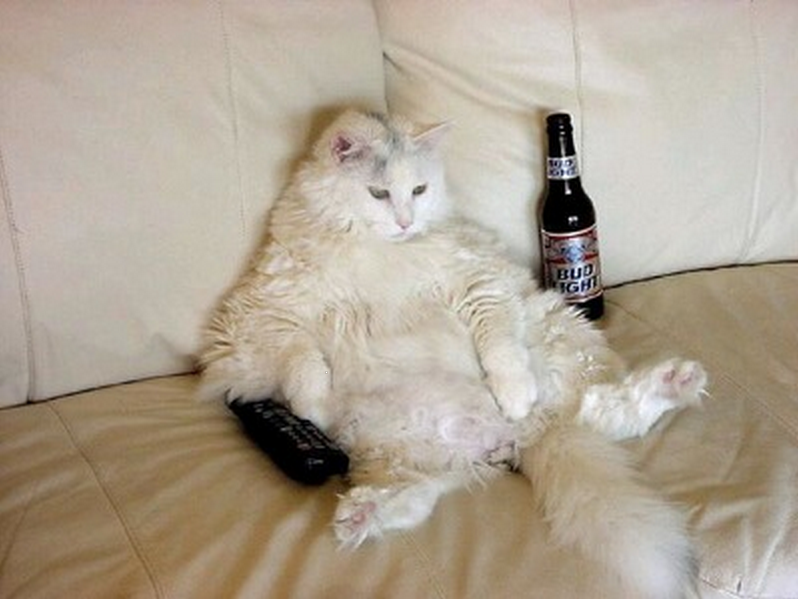 Contrary to popular belief, “nothing” can actually mean something. Technically the homebody could’ve said “I do have plans” because doing absolutely nothing was in fact their itinerary. Lounging around lazily? Yeah, I penned that in my schedule weeks ago, and I’m currently knee deep in nothing, aka unavailable.

^^That’s complete silence, which is usually the response you get when you text or call a homebody with some kind of invitation that they don’t want to officially decline.

This is the lie that follows the complete silence mentioned in the previous point. You’ll get this several hours after your initial attempt at contact, when the homebody is entirely certain that whatever you were inviting them to has ended, thus ensuring their safety from any peer pressure to attend.

Saying “Maybe” definitely means “no,” but look how disappointing and borderline rude “no” sounds? It’s like the least fun word in the dictionary, so it’s easier to handout maybes, which may give the inviter a glimmer of false hope and slight letdown when you don’t show, but they deserve it for daring to summon you out in public, right?

5. (After toughing it out and staying at a social gathering for a good chunk of time) “Well, I think I’m going to take off.”

I’m going home to recharge the batteries my socialization capabilities run on, because they’re down to 20%, and every minute of interaction is further draining them.

6. “Do you guys like it here or want to check out elsewhere?”

I hate it here. I hate this bar/club/place that isn’t home so much, but I don’t want to be the downer who points out how terrible/awful/not my home it is, so I’ll casually point out that there are other places in the world that aren’t this place and perhaps we should look into visiting one of them… Or, you know, just call it a night.

7. (After a concerned person asks if everything is okay) “*Laughter*”

As nice as it is to know that people care, it’s somewhat hilarious when people think you’re going through some type of life crisis because you choose to camp indoors on consecutive weekends. I mean, we spend all of this money on rent and decorate our place and buy nice things — is it shocking that a person wants to stay home and take advantage of the humble abode they’ve invested in?

Read this: 15 Struggles People Who Bottle Up Their Feelings Understand

I’m wearing soft pants (or no pants at all) and my body is sprawled out on cushiony furniture. I’d have to wait for whatever I’m watching to end (1-120 minutes), muster up the energy to get off of aforementioned furniture (15-45 minutes), wash-up/get dressed (45-120 minutes), and avoid being delayed again by the TV or internet on the way out (1-240 minutes).

All of this food is for me, but since it’s definitely an amount fit for 2+ humans and I’m self-conscious of my massive appetite, I’m going to overcompensate a bit. I’ll emphasize how important it is to have enough utensils, plates or napkins, because the non-existent person I’m sharing these four entrees with would like a plastic fork as well.

I’m a peephole person. As in, when the doorbell rings or someone knocks, the homebody will tiptoe over stealthily and look through the peephole to find out who dare visit their home unexpectedly.

12. (When plans are canceled on a homebody) “Aw, it’s okay, we’ll get together next time.”

I need to go to a crowded social environment packed with humans and overpriced drinks to remind myself why I love staying home so much. It shouldn’t take longer than a few hours. I’ll complain by 10, regret it by 11, and be home by 12am.

Share the post "I’m A Self-Proclaimed Homebody. Here’s What I Really Mean When I Talk To You."

LIKE US ON FB 🙂
« It Looks Like A Top Secret Facility. But Then They Open The Doors And… WHOA. » New Product Allows Women To Pee Standing Up. Life Will Never Be The Same.