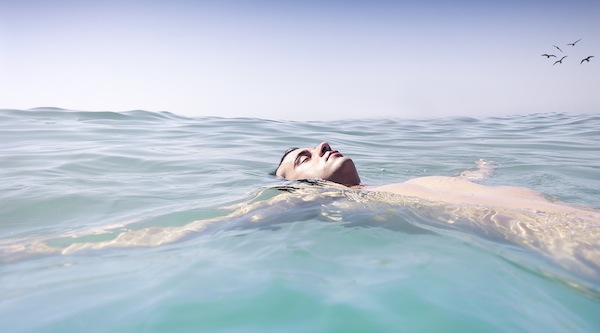 You never talked? You never went out in high school? You were such an introvert.

The word slithers from their mouths, biting me with its innuendoes and connotations. It’s a jab, a smack, an insult that lies somewhere between “socially awkward” and “f*cking loser.”

What I’d like to say back to my high school peers, whom I refused to converse with at football games and parties, is that I wasn’t shy; I just didn’t like talking to them.

Contrary to their warped visions of my life, I didn’t spend my adolescence with closed lips. I didn’t sit at dinner with my family silent and uncomfortable. I didn’t ignore my friends or refuse to answer phone calls.

I went out. I told stories and jokes and shot the sh*t. I liked to be funny and obnoxious and have a good time. I liked to be spontaneous and reckless. I loved having fun… I just didn’t like having it with them.

People have tried to define it, diagnose it and label it, coming up with medical terminology, symptoms and definitions that are supposed to categorize these unique individuals.

The Oxford Dictionary defines an introvert as “a withdrawn or reserved person.” Its verb form translates to, “to turn (the mind, thought, etc.) inwards upon itself; to direct (one’s thinking or effort) to that which is internal or spiritual.”

In Carl Jung’s 1971 theory of psychological types, he categorizes introverts as happy alone, with rich imagination and artistic tendencies. They often stand “aloof” from society and are, thus, misunderstood. Jung defines them as people who place importance on their subjective view of the world and make decisions based on internally-established beliefs.

A study by The Gifted Development Center reports that 60 percent of “gifted children” are introverts, compared to the 30 percent of society that’s deemed “gifted.”

Unlike their extroverted counterparts, introverts can find solace in their own company and don’t need empty friendships to fill a void. They are content to sit around in their own thoughts, as scary and uncomfortable as they may be.

The Gifted Development Center also reports that introversion is misinterpreted by adults who usually try to correct the “behavior.”

Like bipolar disorder or ADHD, introversion has been misrepresented and misdiagnosed for years, with society scorning and condemning it as a personality function they don’t understand.

As of 2011, the American Psychiatric Association has even made motions to include introversion in the Diagnostic and Statistical Manual (DSM-5), deeming it a personality disorder.

Just because introverts would rather stay in their room — with their thoughts, in their world — doesn’t mean something is wrong with them. Just because they’d rather be alone, doesn’t mean they are problematic; sometimes it just means they don’t like you.

They hate leaving their own world

Introverts are usually very spiritual. They are introspective and reflective, with a tendency to enjoy their own world more than anyone else’s. In their world, they are comfortable, safe and at peace.

Being a stranger in another’s world is usually boring, uncomfortable or just a waste of time spent wishing they were back in their own. According to Jung, introverts’ both strong suit and weakness is their tendency to enjoy solitude over interaction.

They enjoy their own thoughts more than yours

According to Jung, introverts are not seeking outside approval, but rather, their own “subjective appraisal.”

Introverts are largely obsessed with fulfilling their own goals and passions. They are in sync with their innermost desires and have a tendency to care more about their own standards than anyone else’s. Caring about their own opinion more than those of others is often viewed as arrogant and pompous.

They have a hard time finding people they like

Introversion is a personality type. It’s a spectrum that includes certain tendencies and traits that only people on that end possess. Introverts, like extroverts, have strongly developed personalities that attract certain personality types.

However, because introverts frequently find happiness in their own mind, finding someone’s company they can enjoy as much as their own can take many years. They are selective about the people they include in their thoughts and with whom they share their “alone time.”

Introverts like people who share the same ideas and passions, and will make their self-reflection more engaging. Introverts are just the kind of people who would prefer to be around one good mind, rather 100 empty ones.

LIKE US ON FB 🙂
« A 4-Year-Old Girl’s Honest Reaction To Fancy Food » This Dad Is NOT Walking His Daughter Down The Aisle. The Reason Why Though Will Leave You In Tears.