Overthinkers Say These 14 Things When Talking To You, But Here’s What They’re Actually Thinking

Share the post "Overthinkers Say These 14 Things When Talking To You, But Here’s What They’re Actually Thinking" 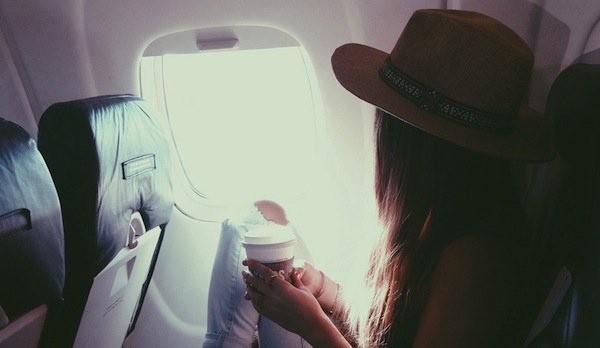 1. “Thank you.” (After receiving a compliment)

What did she mean by “good work?” Is that sarcasm? Is my work so blatantly awful that saying it’s “good” is obviously a mockery? Does she secretly hate me? On what level does she hate me? Is it like, I-hope-you-die-in-a-fiery-car-crash hate, or just I-hope-your-internet-goes-out-at-a-crucial-moment-and-on-your-way-to-a-nearby-coffee-shop-to-use-their-Wi-Fi-you-get-stuck-in-traffic hate?

I genuinely apologize and if it makes you feel any better, I’ll spend the next 1-15 years sporadically thinking about this moment in which I’ve upset you, full of regret. Seriously, rest assured knowing that whether you accept my apology or not, this will not soon be forgotten.

I just called and because you didn’t answer, my mind is playing out a bunch of horrible scenarios in which you’ve died. That’s right, if I reach your voicemail, I can’t help but consider that you might not be alive.

There’s a solid chance I’ll have buyer’s remorse when I get home and think about my purchase, so I’d like to know in advance if returning it is allowed. It’s actually better if it’s non-refundable because not having any options leaves nothing to deliberate.

I’d like to fall asleep at a reasonable hour, but because my body doesn’t always cooperate, I’m attempting to speed up the process. Basically I’m going to go lie in the dark and be at the mercy of my own brain for anywhere from 15 minutes to 7 hours.

6. Do you go by a nickname?/How do you spell your name?

You told me your name when we first met, but I was so focused on how I’d introduce myself that I didn’t actually pay attention. I’d feel rude straight up saying I forgot your name, so I’ll ask indirect questions, or call you “girl/dude/chica/bro/etc.” until I find out what it is.

7. *Indistinguishable stuttering and stumbling over words*

I rehearsed precisely what I wanted to say in advance, hoping that the words would come out smoothly, yet here I am, butchering a simple sentence.

8. “I’m okay with whatever, what do YOUwant?” After being asked where you want to eat.

Give me 2-10 dining options and I’ll give you 2-10 pros and cons about each of ‘em, as we begin narrowing down our choices. This is going to be a strenuous selection process, but that’s what happens when you do lunch with an my indecisive, thought spewing brain.

I THINK I MIGHT HAVE A TUMOR, can you please tell me you’ve experienced a pain similar to the one I’m describing so I can be slightly relieved?

I really like you but I feel like speaking a single word to you would be a dead giveaway. I don’t want you to know about the crush I have on you — I mean, I do, but only if you reciprocate those feelings. Since that’s unknown, the occasional, awkward glance is all you’ll be getting.

I almost post a lot on social media, but then decide to hold off. I’ll crop & filter pictures for Instagram, write out Facebook statuses and compose tweets, then I delete ‘em because it’s socially risky to put stuff out there if it’s not guaranteed to get a response. Even if the response comes, but isn’t immediate, those first few minutes are more emotionally taxing than I’d like to admit.

12. “I just need another minute.” (After the waitress asks if you’re ready to order.)

DEAR GOD, RING THE ALARM, THIS IS NOT A TEST! In just a few moments, I’ll have to make a firm selection from this massive menu. How can I choose 1-2 things out of so many options? The appetizer assortment alone has me frazzled. I guess I’ll spend these next few moments being so anxious over the waitress’ looming return that I forget to make an actual decision, and in a panic I’ll inevitably settle on something that I definitely don’t want.

You aren’t considering all of the possible worst-case scenarios that could happen, and I’m here to help with that. (Whether making plans for the evening, a life changing decision, or an insignificant suggestion, there’s always a “but what if” that’s typically some kind of unlikely, worst-case-scenario.)

14. “I KNEW THIS WAS GOING TO HAPPEN!” (After something bad occurs.)

My relentlessly worried brain has finally produced a worst-case scenario that actually came to fruition in reality, thus justifying the constant, pessimistic fortuneteller routine that is my everyday life. I’m not saying I’m a prophet, but I’m not saying I’m not a prophet either.

Share the post "Overthinkers Say These 14 Things When Talking To You, But Here’s What They’re Actually Thinking"

LIKE US ON FB 🙂
« 82 Insane Photos That People Literally Risked Their Lives To Take. I Can’t Look Away. » 30 Perfectly Timed Photos That Are Almost Too Unbelievable. #5 Is Absolutely Stunning.