A young woman was very confused by strangers who were giving her flowers at the Bonnaroo Music and Arts Festival in Manchester, Tennessee this past weekend. A crowd of people began gathering around her as her boyfriend, John Ferreira, who was behind her the entire time, got down on his knee to propose.

John had posted on Reddit that he wanted to propose to his girlfriend at the festival. Many of the redditors who attended the concert helped out by handing her flowers. Scroll down to see the heartwarming video below.

John passed out flyers and flowers at the festival. 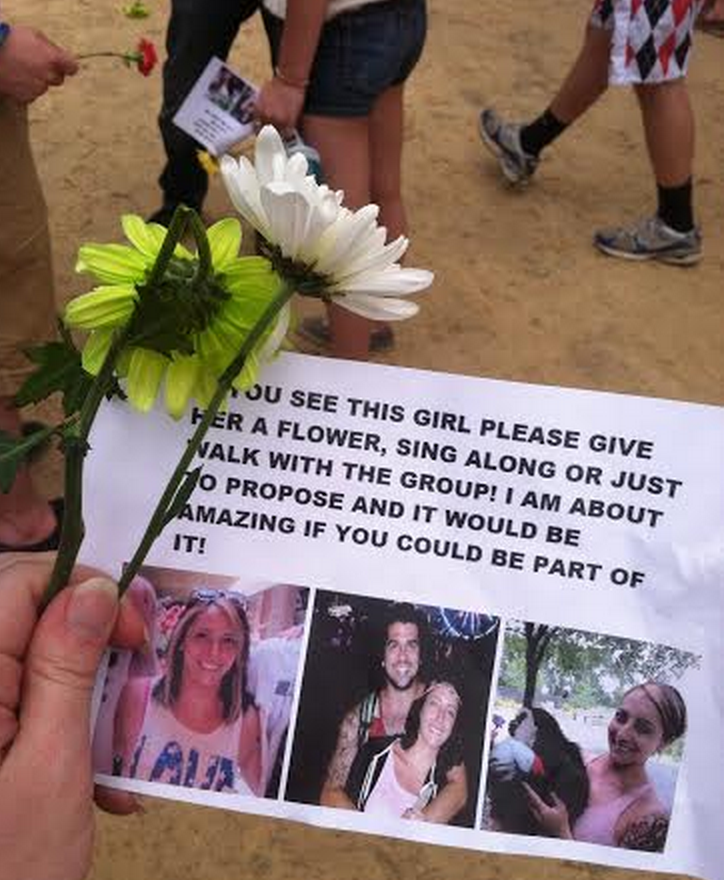 Strangers just kept coming up and handing her flowers. 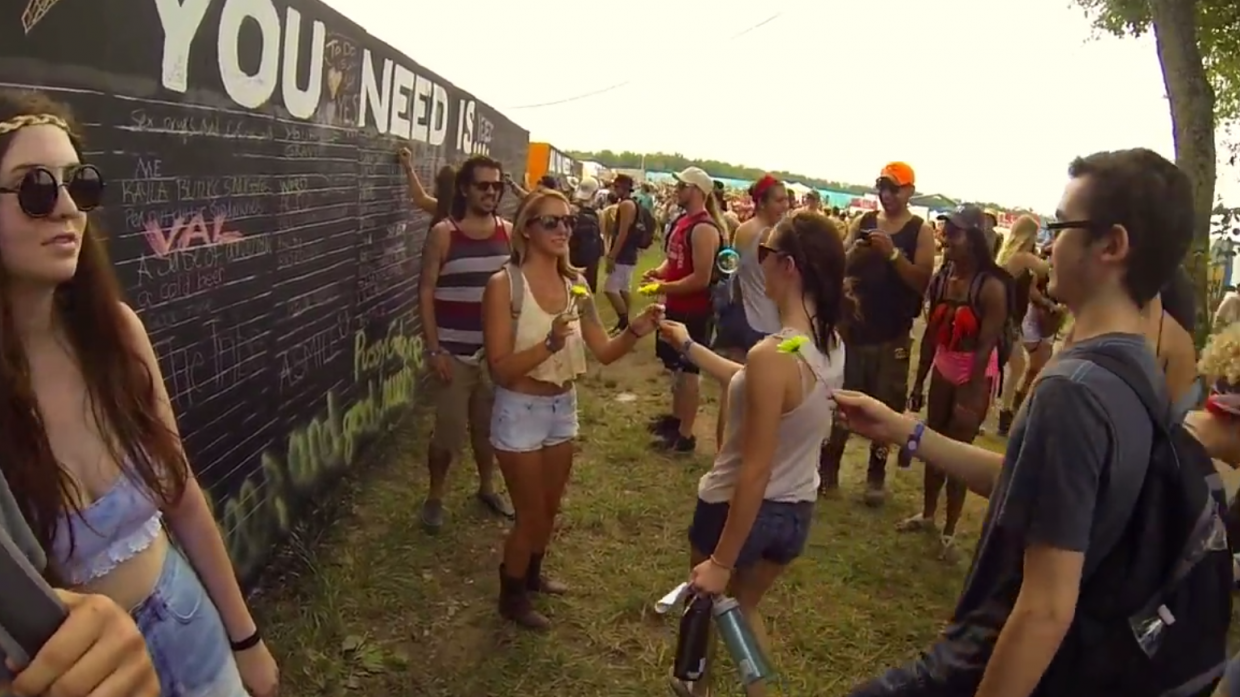 A man played Dead Sea by The Lumineers. 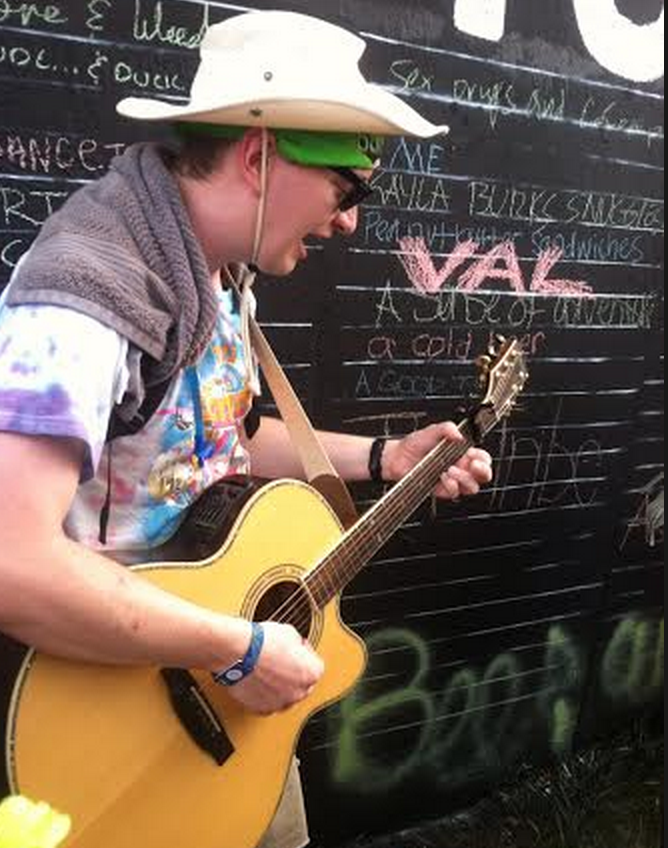 She had no idea why all of this was happening. 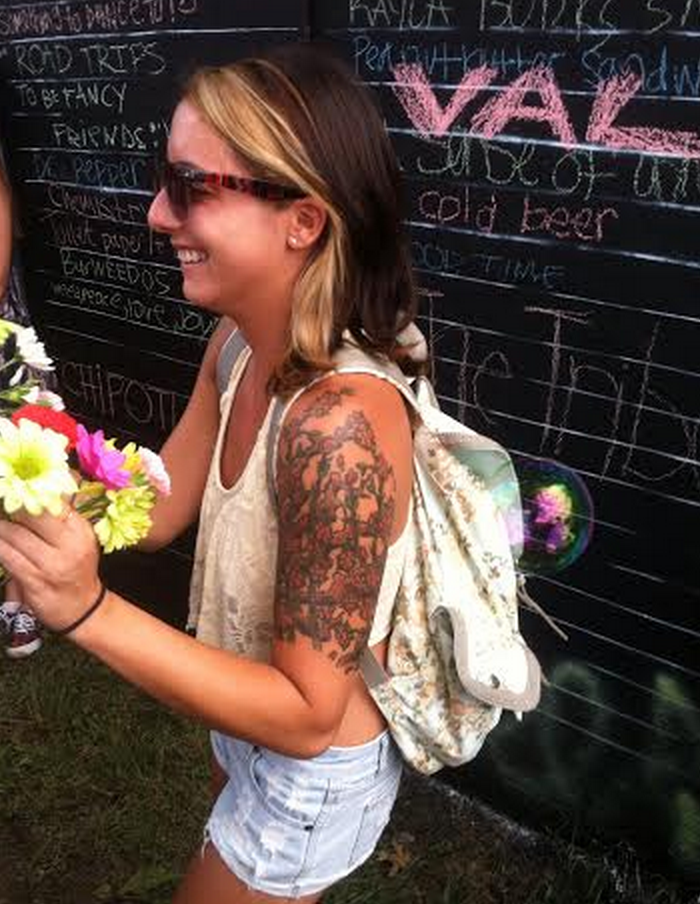 Her boyfriend was waiting right behind her. 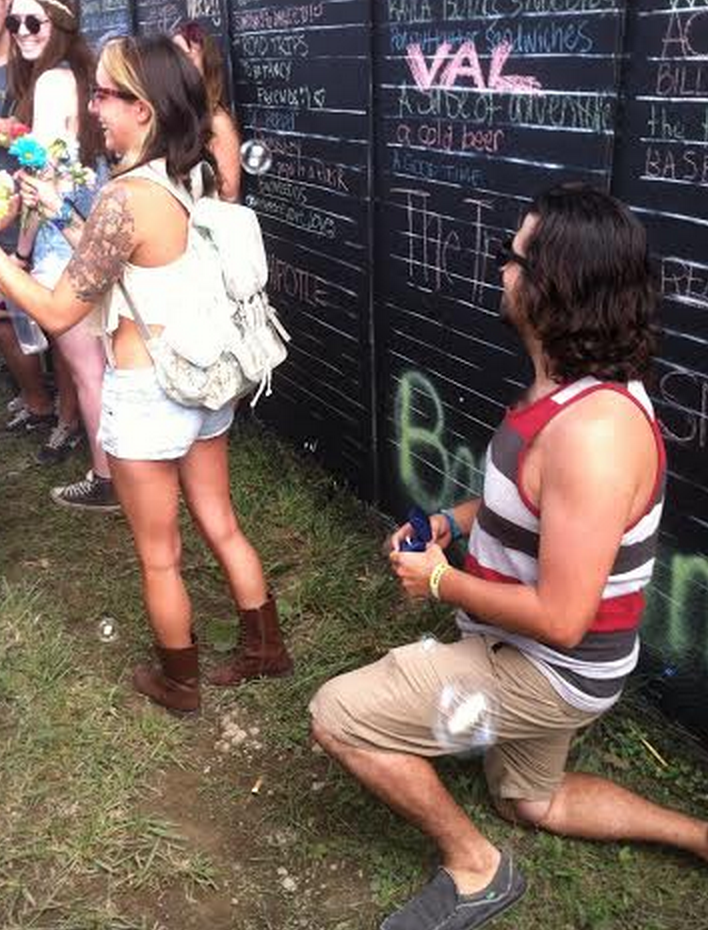 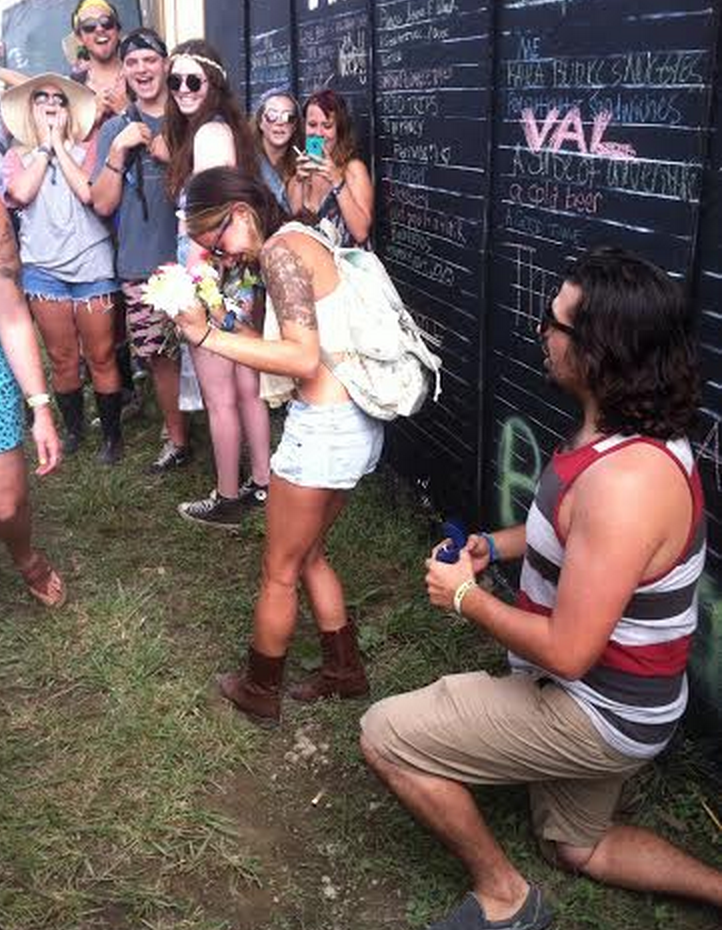 She sees him and immediately tears start flowing. 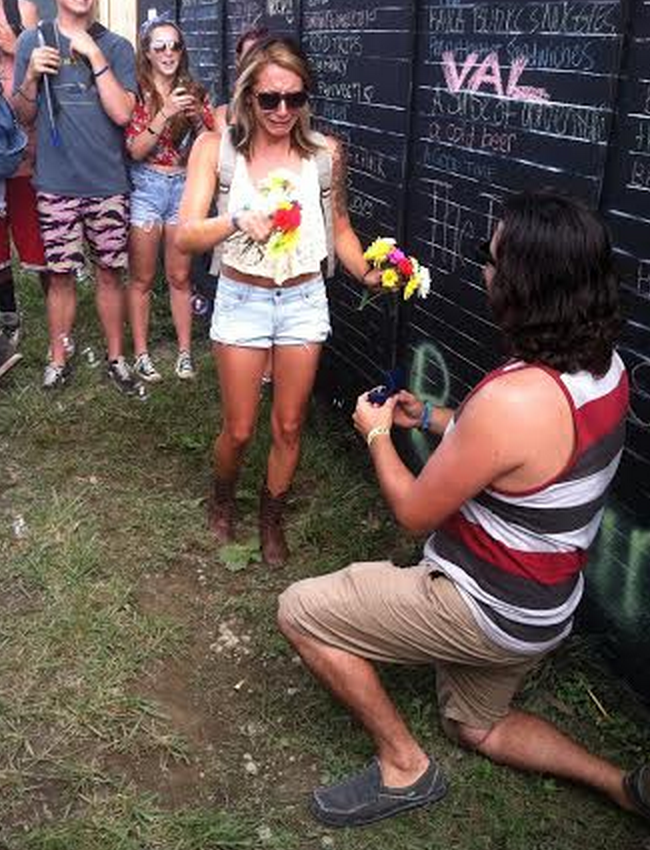 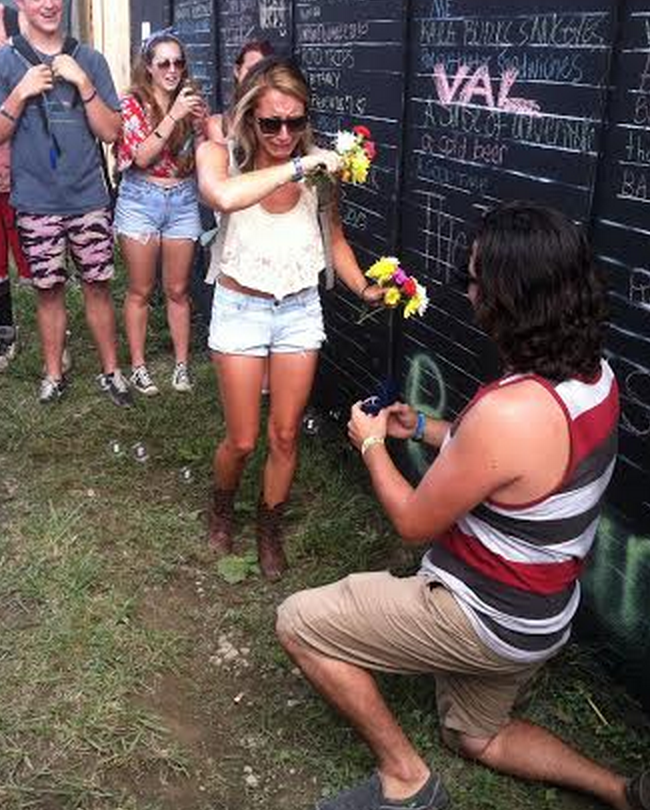 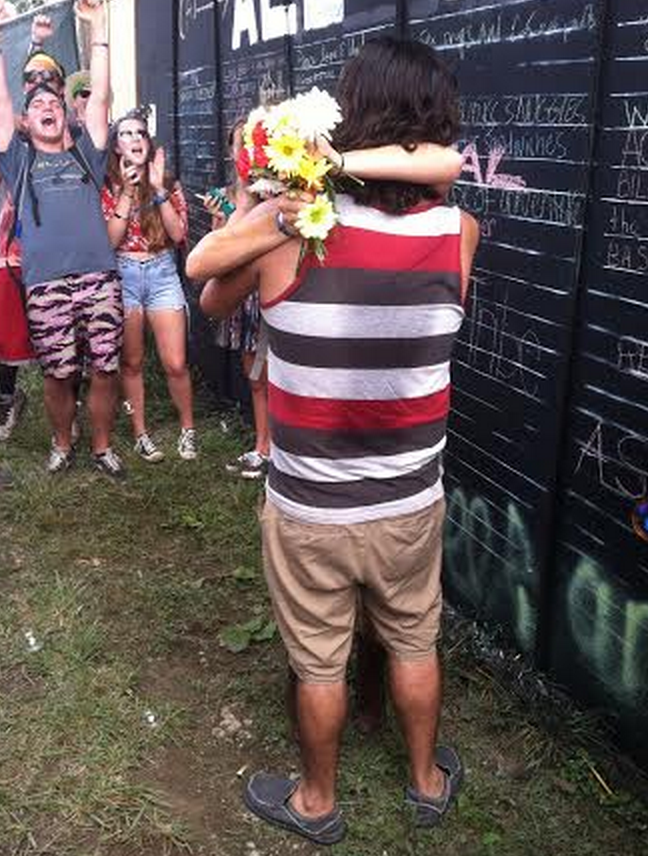 I think it’s amazing that people who didn’t even know the couple took part to help out. This is so awesome! Congratulations to the happy couple! If this made you smile, SHARE it with your friends.

LIKE US ON FB 🙂
« Next Time You Go To Check Your Cellphone Or Your Facebook, Make Sure You Remember This. » The Best First Date I’ve Ever Seen. It’s So Sweet… It Brought Tears To My Eyes.