We All Know These 16 Things Are True, But We Never Talk About It 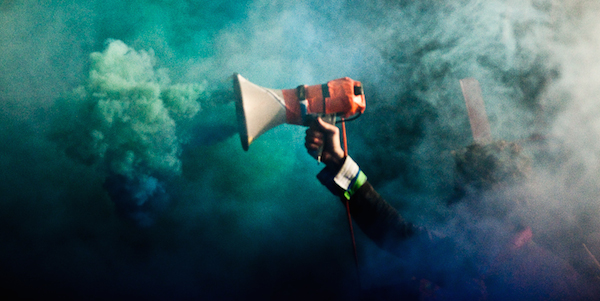 Someone on Quora asked: What is an example of something true that nobody generally wants to admit? Here are some of the best answers that’s been pulled from the thread. Thank you to the team at Quora for making this happen!

That most of us actually don’t know what to do with our lives. We are just figuring something out we have little idea about. And to some extent, pretending on the way.

The biggest communication problem is we do not listen to understand.

We listen to reply.

People wanna see you doing well, but not better than them.

I read this somewhere and it touched me deeply.

We always determine our self-worth by “comparing our behind-the-scenes bloopers to someone else’s highlight reel.”

And this is why we have issues with our self-esteem.

You have to make decisions all the time. Even postponing a decision is your decision.

Many people just wait until they have only one option and think that they can now make a decision, yet, it has been already made.

I have the same number of Oscars as Leonardo DiCaprio.

That drug prices (even non-controlled drugs that the DEA doesn’t care about, like blood pressure pills) are at least twice as high in the US as anywhere else in the world, because your congress was bribed by the pharmaceutical lobby into setting up a system where third party drug imports are outlawed, and US companies are allowed to gouge the US consumer at will. It’s not a free market.

A drug like Lipitor, all of which is made in Ireland, costs Canadians half what it does Americans. It’s not made in the US. But US hospitals and pharmacies cannot legally buy the product once it reaches Canada.

It’s a wonderful example of why democracy sometimes does NOT work.

That no shampoo can actually nourish your hair.

When something bad happens, people don’t want to believe that they brought it to themselves (assuming they really did). Putting the blame to something or someone else is always way easier.

No matter how good you are, you are replaceable.

Many people deny this fact. But there is always going to come someone younger, hungrier, and better who will replace you in the top. It may take some time but you will eventually be replaced. So, don’t take everything for granted.

If you have someone in your life that lies, cheats, and manipulates others. you are not unique to them and no matter your relationship to this person they will do the same things to you.

That the status quo concerning anything can actually be wrong.

There is not so much wrong with Mondays as probably with your own life.

That money does not materially exist. It’s a manifestation of belief, a representation of value.

Even if you want to perceive money as nothing but physical matter (notes and coins), not all money that’s present in the economic system today exists physically. Most of the money only exists electronically.

That history repeats itself because all the people throughout history were people just the same as people today.

“Well XYZ from the past could never happen today, this is the 21st century!”

LIKE US ON FB 🙂
« If You’re Ever Feeling Lost In Life, Just Look At These 30 People And You’ll Instantly Feel Better About Yourself. » 20 Things That Happen EVERY Time You Ask Your Girlfriend “Where Do You Want To Eat?”