Share the post "13 Things I Learned As A Woman By The Time I Was 26. You Must Go Through #4 To Understand It." 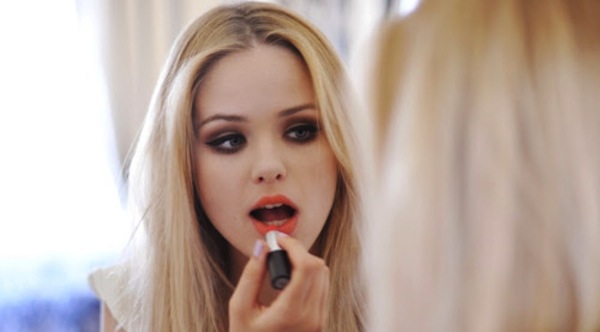 As a 26-year-old woman, I have finally come to these absolute truths about life.

1. Not having a bed frame is unacceptable.

2. Having a bed time is awesome.

Maybe when you were 23-ish, you still had the night time stamina to go to trivia nights and dinner parties on weeknights, but then age 26 rolls around and you knock out a few episodes of 30 Rock, chug a glass of Chardonnay and call it a night at 10pm. The idea of doing nothing but sleeping and logging hours on Netflix is so much better than having whatever-interactions with lames at some bar and then waking up six hours later to go to work.

3. Acne and aging are happening simultaneously.

You might be one of those unfortunate souls that randomly get terrible hormonal acne at age 25, so by the time it’s finally starting to go away and you’re dealing with the remaining scars, a new terrible thing happens, and it’s called “fine lines.” Yeah, you have fine lines now under your eyes and also around your mouth but you’re still buying zit cream from the drug store and also Googling Botox because WHAT THE ACTUAL F**K IS HAPPENING TO MY SKIN THESE DAYS?! Embrace this thing called Retin-A because it will f**king save your life.

4. Hosting a party isn’t worth it.

When you moved into your first post-college “adult” apartment, you wanted to host dinner parties and actually parties to show off your new mature lifestyle. Now, that “annual” Thanksgiving potluck just seems like so much work, you have to clean the entire apartment before and after the party AND somebody always wants to stay and smoke weed until like 4am. C’mon bruh, don’t you have a bedtime like I do?

Single dudes in their 20s are whack as hell, so you better learn how to ask a dude out unless you’re cool with texting that guy you met at the bar for like a week straight until he texts you Friday night at 10pm, “hey a group of us are at [insert name of bar], you should come and bring a friend.” F**k this wing-woman group-date nonsense. If you want to avoid this, learn how to straight-up ask a dude to meet you at [insert name of bar] at [insert time] on [insert day]. Yeah, it will probably freak him out and will ultimately not work out because you emasculated him a bit, but whatever, you’re 26 now and you genuinely do not give a f**k.

7. Stretch denim is not an option.

It’s time to start spending more than $29.99 for some good quality denim, because those stretchy nylon-denim hybrid skinny jeans from Forever 21 and Urban Outfitters were designed exclusively for Kendall Jenner and nobody else.

8. You are no longer the H&M demographic.

The trendy “young” section of H&M looks like a nightmare to you now (“are printed leggings still a thing?”) but the traditional downstairs portion of H&M all looks like something Jennifer Aniston’s character would wear if she were playing a lawyer in a romcom, so really, there is NO PART of that store that makes sense for your wardrobe. A blazer and a sheer blouse from the downstairs section or a lime green hoodie that says “slut” from the “young” section? It’s all terrible. Cut your loses and buy some equally plain sh*t on Everlane.com.

9. Actually, there is literally nowhere to buy clothing.

10. Groupons for fitness classes are everything.

Now that you actually have to work out to maintain the same body you had at 21, you realize that those pop-pilates-yogabody-dancercize-barre classes are expensive as hell, so instead of committing to a weekly workout, you just stock up on Groupons for whatever workout classes are on sale that week. One week of unlimited yoga? Sure. Six classes of Pilates for $25? Sign me up. One free personal training session? Definitely. And once the Groupon class expires, you will literally never return to that workout studio ever again, because $25 for ONE yoga class is a stupid amount of money to pay.

11. Your biological clock is actually ticking.

At 26, you literally start doing the math on how you’re possibly going to have kids in the time frame you always thought you were. In that past you were probably like, “I want three kids someday!” Now you’re like, “I think if I can get at least two more job promotions to feel financially secure, meet my future partner in a year, clock in three good childless years with him and start having kids at 31, I could MAYBE have the three kids I wanted, but only if I crank them out each year. Maybe If I’m lucky I’ll have twins and just knock out the first two right away!” Yeah, that’s the stuff we late-20s women think about.

12. Sleeping on couches is miserable.

I love my friends, but I don’t care how drunk, how far away I am, or how expensive a cab ride it is…I will ALWAYS go home rather than “crash” at their place. When you sleep on a couch, you inevitably fall into that crevice between the cushion and the back of the couch and then you’re poor-arthritic 26-year-old body will literally be out of commission for the next day or so because you were too lazy to drive all the way home and had to “crash” on the couch.

Everyone says that when a woman hits her 30s, she has all this newfound confidence and DGAF’ness. Well, we must be peaking early because at 26, I literally do not care about ANYTHING anymore! That sounds sad and angsty but it is actually awesome and liberating. Do I care if I’ve lost touch with my sort-of acquaintances from college that I was never actually friends with and only partied with? Nope. Do I even bother wearing push up bras anymore? Nope. Do I care that this boring dude stopped texting me back? Nope. Do I care that this engagement party is over by 10pm? NAH, MORE SLEEP FOR ME! Being 26 is f**king awesome and that’s really the most important thing you should know about it.

Share the post "13 Things I Learned As A Woman By The Time I Was 26. You Must Go Through #4 To Understand It."