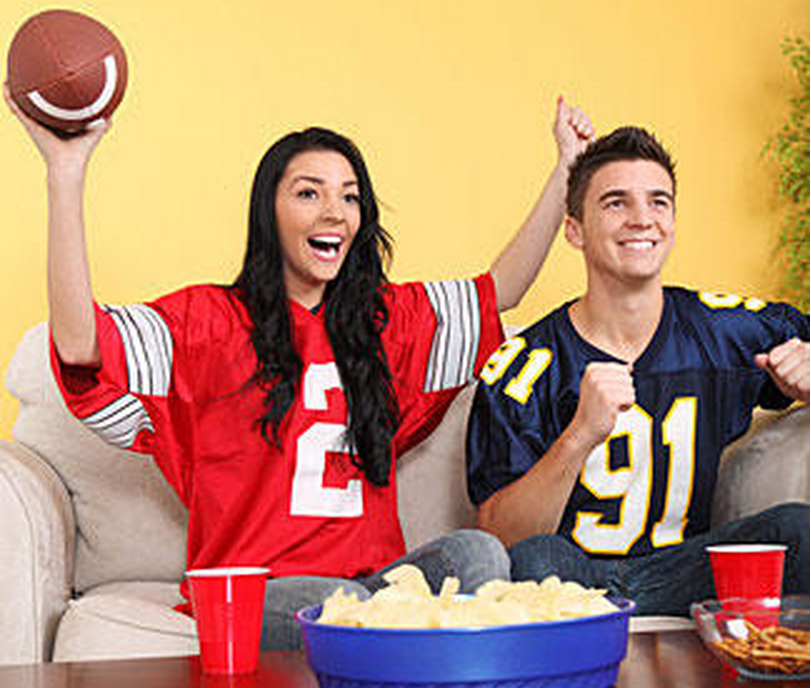 Stereotyping is seldom a justified act, let’s just get that straight. Painting a group of people with a broad brush rarely produces accurate results. And, if you’re judging people based on something that’s out of their control, you’re just going down the wrong road.

However, there are just some things you can tell about a man from the things he likes and the interests he chooses, especially when it comes to the NFL team he supports.

If you’re dating any football fan, here are the 30 things you can tell about him right away:

You have absolutely no shot at being a part of the best relationship he’s ever had. He’s moved on from the girl he was in love with, for sure, especially since she ultimately broke his heart, but she was everything. You’ll have to live with the fact that in the all-time rankings of girlfriends, you’ll be second best.

He’s underrated. As a total package, some people might think he’s not that great, but that’s only because certain circumstances in his life have conspired against him. All he needs is a couple things to go his way and you’ll soon realize that you have someone great on your hands.

He’s probably great at defending himself, so don’t plan on winning any arguments. And, if he’s taken a page out of his favorite players’ book down the years, he’ll know how to bust a few moves when it’s time to celebrate. So go ahead, take him to the dance floor.

You can almost forget he exists sometimes, but once you give him the time of day, you realize that he’s actually a cool guy. If you’re with him, he’ll cherish you, no matter what others think, which is saying a lot these days.

You’ll question some of the things he likes and react with a “What!? Really? Okay.” when he tells you some of his interests. But he likes what he likes, and you’ll have to accept that.

This guy is belligerent and bullish. Your relationship with him just can’t be good, it has to have an edge to it. Subtlety is not his strong suit.

This guy is loyal. Despite having his heart broken when things looked to be headed his way for sure, he has not bowed to cynicism. He will meet your companionship with enthusiasm and new hope for the future.

This guy’s been with more people than he can count and none of them have worked out, not a single one. In fact, you’d be pulling off a miracle if you two find happiness together.

If you look at his résumé from top to bottom, you’ll probably think you’ve landed yourself a pretty great catch, which is fair enough. But don’t be surprised if he keeps up bringing what he’s done in the past to defend his present disappointments.

This guy is cool, and not just because of the weather. He’s laid back, doesn’t take anything too seriously and enjoys life. None of the preceding facts, though, have stopped him from enjoying success. He’s in a good place in life right now and, if you come along, you’ll be in for a great ride.

The one time he had someone great, she left prematurely and left his life in shambles. Since then he hasn’t really had great expectations. Even if he should expect more from you, he probably won’t.

He’s the simple, low-key, small-town guy, which adds to his charm. He might not be down for going to a club on Friday night, but he’ll watch the sunrise with you.

He’s a young guy. He’s made plenty of mistakes, and once he finally got himself together, things in his life fell apart quickly. He’s dusting himself off and going for bigger things now. You might be the one to grow with him.

He’s mature, in that he knows what it’s like to end a long, fruitful relationship maturely and on amicable terms. He’ll adore you like a queen, but don’t be shocked if years down the line, he leaves for someone newer and younger.

This guy has little to no idea what it’s like to have someone who is actually great for him. In fact, success in your relationship with this guy would be a shocker.

This guy is loud, supportive and enthusiastic about everything he does. He will welcome you into his family if you treat him right and you won’t have to worry about bringing your friends around him, they’re welcome too. In fact, the only person he might not get along with is someone from Oakland.

He cares about you, but isn’t obsessed. He’ll have no problem spending his time elsewhere for the night if, God forbid, you don’t want to hang out with him one weekend. He’ll be there for you, but won’t necessarily see your relationship as a matter of life and death.

He knows his best relationship, a wildly entertaining affair, is long gone. Having someone to just settle down with for now is the main priority.

He’s used to success. And while he may not always have had the best-looking or best-dressed girls to deal with, he’s made sure of two things: that they always suited him and his agenda and that they always gave the relationship their all. Compromise any of those two principles and he’ll cut you off with no remorse.

He might not be your cup of tea, but he’s impossible not to like. If anything, the fact that he’s overcome a lot in his life and has found a way to experience consistent success in recent years should attract you to him even more.

Never short of confidence and with good reasons, he’s defied the odds enough times in his life. Because of that, he’ll always expect the best, but is willing to accept the worst if it comes.

In a constant attempt to get the attention he feels he deserves, this guy can make rash decisions and has gone out of his way to hook up with (the bombshell who doesn’t know how to read, the good girl who looked awkward trying to engage in the most basic elements of a relationship, etc.). Deep down though, he always knows things will go wrong, and is desperately waiting for someone to come along and change that.

What you’ve done for him in the past seldom matters. He’ll come down on you hard in an instant if you rub him the wrong way.

This guy will brag a lot about his accolades, and has a lot of friends who will join in with him. It can get annoying, especially when you realize he actually has a point. In life, when things are going “bad,” they’re actually going pretty good by other people’s standards.

He is not too far removed from a ridiculously long relationship that featured lots of promises, but a whole bunch of letdowns and is still scared from that experience. You’ll have some work to do in reversing the lingering effects of that relationship.

This guy has been wondering how he hasn’t found true love for a while know. He believes he’s nice, entertaining and good-looking, but has ultimately failed to experience a successful relationship. He’s just now starting to wonder, “maybe it’s me.”

This guy was once the big man on campus, and while he lost his charm for a bit while going through a slump for a couple years, he’s got his life together now. His groove is back and he’s ready to have the greatest time of his life to add to those past memories.

He’s incredibly supportive and always behind you 100 percent. He’ll stick with you through the good times and bad.

This guy just can’t win. Despite not being too bad of a pick himself, he’s surrounded by better looking individuals who just have more than him, almost to the point that it’s unfair. To make up for this fact, he bought a new shiny car, but it keeps breaking down. He’s basically Bad Luck Brian at this point.

This guy is fresh off a debacle of a relationship, but he wasted no time in cutting her off. He’s expecting a lot more from his next relationship, so you best be ready to step up.

He’s a rare breed; definitely a novelty. You’ll be shocked guys like him still exist in the world. For you, he’ll likely be one of a kind.

No matter what, he’s proud of who he is. You might dislike certain aspects of his character, but he will be totally unapologetic about it. If you want to “change” a man, this is not the one.

LIKE US ON FB 🙂
« Experiences Are Worth More Than Money » 13 Things I Learned As A Woman By The Time I Was 26. You Must Go Through #4 To Understand It.