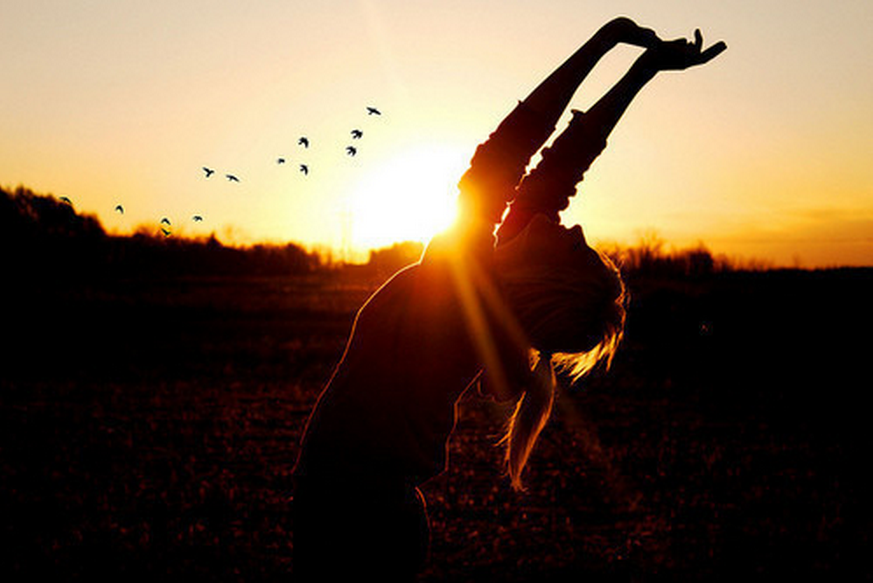 There is a difference in temperament between regular girls and attractive girls and it has to do with how happy they appear. Attractive women are happier, and it shows. They are excited to see you, excited to talk about whatever subjects come up, excited to do just about anything. They’ve got a bounce in their step that other girls don’t have, and it never goes away. This is such a relief from the bored, standoffish people I meet all day at work. It’s refreshing to meet girls who are so different, who aren’t boring, who are fun to be around.

2. They don’t complain about their bodies

If a guy is with you, he likes your body. Don’t insult his judgement by complaining about what it looks like. No guy really expects you to look like an airbrushed model, and often it’s the little imperfections that make you even hotter — because it means you’re a real person. One we get to actually hook up with.

3. They actually don’t complain much, period

There’s nothing uglier than someone who’s constantly complaining. If they are always telling me why their life sucks, why would I want to be a part of it? I also can’t stand women who henpeck the lives of others. It’s boring and sad. Get a new hobby. If something is worth complaining about, that thing is worth fixing — so go fix it.

Dresses are almost always more attractive on a woman than any other pants/whatever combo she could come up with. They are made to flatter the female figure. They remind us why we love women in the first place. They make us look at you like a man is supposed to look at a woman.

5. They make a guy feel special

I know a lot of guys complain how girls are always late for everything. But I actually don’t mind when she’s late for a date because it’s almost always as a result of spending extra time getting ready, which is flattering. It makes me feel like I’m someone she wants to impress, and as a result, I end up trying to impress her.

There’s no faster way to make someone realize they don’t see a future with you than to chew out a waiter or service person in their presence. It’s always an eye-opener.

7. They NEVER talk about exes

I know nowadays girls have a lot of boyfriends before they settle down and (probably) a lot of sex. I don’t want to hear about it. Ever. Pretend it doesn’t exist. I don’t want to think about being the last of many guys to woo you. It makes it hard for me to see a future. Mum is the word.

8. She lets me take the lead

I’m sure this point varies from man to man. Maybe some prefer women who take over. But I feel as if the best relationship for me is with a woman who is strong, but still very feminine. She isn’t weak or indecisive (those things are annoying), she is an asset to me, just as I am an asset to her. She doesn’t try to compete with me to see who is more this or that, neither of us is “better” than the other. I’m looking for someone who compliments me, not duplicates me.

I know most women now have jobs and careers, and I respect that. I actually think it’s more attractive when a woman has something going for her than one who’s just waiting around for a man to pluck her up and support her. However, the last thing I want to talk about with someone I’m dating in my spare time after work is work. Leave it at the office and I will too.

It’s an old stereotype, but it’s still true. Nowadays so many people only eat out of boxes, or through drive thru windows or takeaway. I don’t want that for my future and I don’t want that to be how my kids are raised. If a woman can make healthy, tasty meals on a regular basis, she moves to the front of the line. Every time.

12. She’s encouraging, but not bossy

When I’m having a problem in my life and try to discuss it with the girls I’m dating, it’s almost always been a mistake. They advise me with what to do and then they “check in” (read: nag) about whether I’ve done it from there on out. Then I met a girl who instead of giving me advice just let me talk and asked what I was thinking of doing. I told her all the options and she encouraged me to make the best decision, without telling me what it was. I felt confident in my ability to make the best decision, and my head was clear because I got the venting out.

They don’t have to run a marathon or do anything crazy but I’m not a naturally thin guy so I’ve always been into fitness. It’s not only enjoyable when a girl can work out with me on occasion, it’s great to know we’ll both have healthier futures together.

14. They drink in moderation

Drunk girls are not girlfriend material.

15. They keep our couple secrets

Girls tell each other everything. As a guy, I don’t necessarily want everyone to know everything about our sex life or every embarrassing thing I do, but it happens more often than not. A girl who’s a real keeper is one who is on the same team as me, who would never gossip about me because she has my back. If she doesn’t tell her friends stuff that she knows I’d rather no one hear, she is definitely sticking around.

16. She’s close with her parents

Girls who have rebelled from their parents are generally immature (unless their parents were assholes or something). I’m not looking for that. I eventually want to have a family so I want someone that values that as well. Plus girls who get along with their own parents are going to be able to get along with my (enormous) family and not think it’s weird that there’s a lot of us and we’re all pretty close.

17. She doesn’t take herself too seriously

If something goes wrong, she can laugh it off. I can’t tell you how important this quality is. Do you want to spend the rest of your life with someone who’s a neurotic stress case? Or someone who can chill out and enjoy themselves almost anywhere? One of those things is going to make your life better and one of them is going to make it a lot worse. Choose wisely.

LIKE US ON FB 🙂
« 5 Ways You Can Tell You’re The Mom Of Your Friend Group » 24 Guys Answer “What’s The Difference Between A Girl You Date And A Girl You Just Hook Up With?”