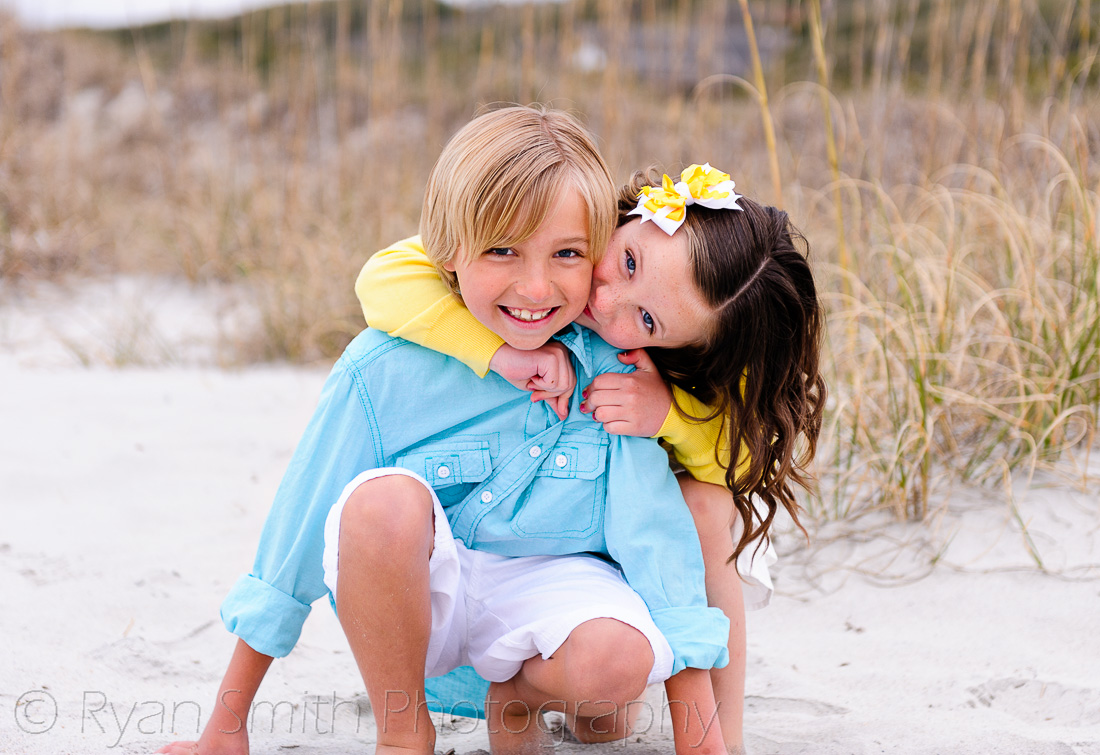 Ladies, we’re all aware there is a certain unofficial rulebook we have for judging men. Even though we may not have written down all of the criteria, it exists in the clouds, somewhere up there.

The scale includes looks, personality, wealth, sense of humor, likeability… the list could go on forever. Although we try to find the best match based on these general categories, we may be overlooking one extremely important factor.

I’m sure you’ve caught yourself asking, “His eyes are beautiful, but is he boyfriend material?” or “He’s really funny, but can I live with the fact that he just doesn’t know how to dress?” Yet, you’ve probably never said, “I wonder if he has any sisters.”

A guy’s family ties may not be your initial thought, but they can tell you a lot about whether or not someone will be good for you.

There are several benefits to being with a guy who calls another woman (or women) sis. I discovered this firsthand by dating a guy who had two older sisters.

As an only child, I never really thought about the importance of siblings. Now, I realize that before him, I’d never even dated any guys with sisters. Yet, being with someone’s little brother showed me the significance. Here are seven reasons that will prove it:

They say chivalry is dead, but guys who have sisters realize that women should be treated well.

Whether it’s because of the first time his dad scolded him for being mean to his sister or simply because he grew up amongst women, a guy who has sisters knows to respect the opposite sex.

Although he was probably once the annoying brother, he has matured into a man who realizes his sisters’ and other women’s worth. And he’s not afraid to let you know it.

We’ve all heard stories about brothers confronting other guys for trying to hit on their sisters. It’s obvious that men are naturally territorial, especially when it comes to family.

A guy who has sisters has plenty of experience with being ready for any “bad boy” who may cross his path.

This translates directly to how he deals with men who try to get between him and his girlfriend. He won’t let anyone hurt you or even come near you, especially if he thinks you’re in danger.

A guy who has sisters knows that big girls actually do cry. A bad breakup has probably left him witness to his sister’s most vulnerable moments. He’s probably been a shoulder to cry on, or at least a person to vent to.

He is well aware that guys are capable of being jerks and that girls can suffer from heartbreak. Plus, he’s experienced it firsthand.

If he cares about you as much as he does a family member, he won’t want to see you go through the same pain.

Most guys want to believe that women are robots who don’t possess human needs and capabilities. However, a guy who has a sister has been around her for pretty much his entire life.

He’s seen the tampons in the bathroom cabinet. He knows she washes off her makeup at night. He has probably lost eating competitions to her on several occasions.

He has seen her at her best and at her worst. This makes it way easier to be comfortable around him, especially at the beginning of your relationship.

You don’t have to pretend to be someone you’re not because he knows what’s behind all the glitz and glamour.

5. He’s aware you have emotions.

Ask a guy who has a sister if he’s ever seen her laugh or cry. He’s most likely dealt with PMS, been the brunt of countless jokes and tried to help his sibling out when she was stressed or worried.

He realizes that mood swings really do exist and we can be the kindest and most considerate people on the planet.

Although he might get fed up with you every once in a while, he knows that eventually, you’ll come around, and deep down, you actually care.

Sisters are the best people off of whom to bounce ideas, especially when it comes to you. If he’s afraid you won’t like the birthday gift he bought, he can ask for her opinion (or ask her to come along with him to buy it).

If he’s unsure about where the relationship is going, he can explain the situation to her and ask what to do.

Plus, she probably won’t be afraid to tell him that the outfit he’s wearing for your date is hideous. No one knows women better than women, and with a sister, he has the upperhand.

Being around girls has taught him that we can be extremely different from men. He knows that although he wants to spend time with the guys, you want time with him, too.

He’s aware that you really love those shoes, even though your hints are subtle. He knows that you gossip with your friends about guys, girls and everything in between. He accepts all of it, and all of you.

Whether or not a guy has a sister may not be on your radar when you’re eyeing him. However, his family tree might reveal a lot about how he’ll treat you in the long run.

I mean, Ryan Gosling, Channing Tatum, Josh Duhamel and David Beckham all have sisters. Need any more proof than that? Didn’t think so.