8 Reasons Why Dating An Introvert Is Better 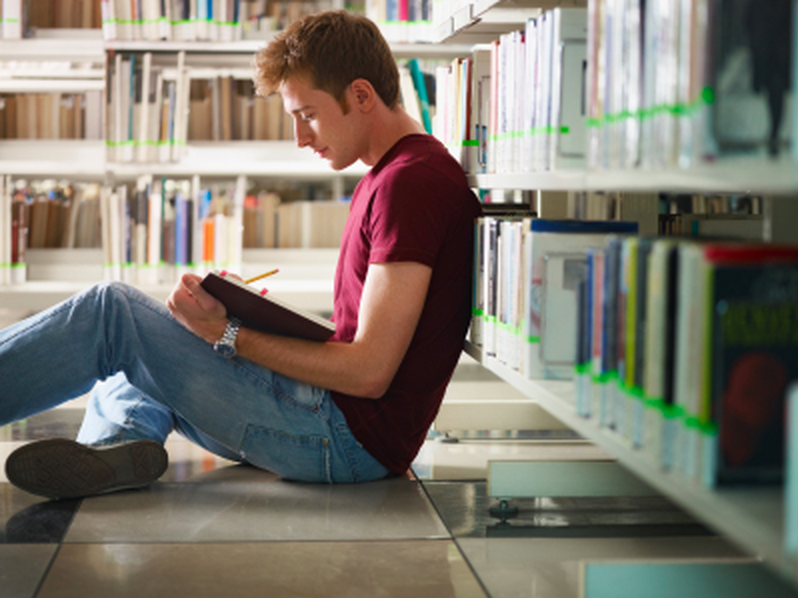 I love that I’m an introvert by nature. While there are many downsides to be completely introverted, there are tons of benefits. The real beauty is that introverts can learn to become more extroverted.

In reality, people aren’t either introverted or extroverted, but land somewhere in between on the spectrum.

Introverts can very quickly pick up extroverted characteristics or tendencies. While it’s also possible for an extrovert to learn a few tricks from introverts, the fact is that it’s more difficult for them.

Introverts have no choice but to function in a physical world outside of them all day, every day. Extroverts, on the other hand, have a difficult time finding a reason to be more introverted. Extroversion provides instant gratification while introversion is more useful when playing the long game.

With that said, ladies who love men and men who love men, introverts make much better boyfriends and husbands. Here’s why:

1. He’ll know himself better than most men you’ve dated.

Introverts have this distinct ability to differentiate their wants from their needs. All of which is a result of talking to oneself for decades at a time. Differentiating between wants and needs is the first step in being able to suppress your wants in order to continue pursuing your needs.

Introverts know themselves well enough and have trained themselves (obviously depending on their age and maturity) to better control their radical wants and focus on what they know they need instead. Because they’re men, what they want is to f*ck every woman in the world. But what they need is you.

What woman (or man) doesn’t want that?! Introverts spend a whole lot of time in their own heads, thinking, scrutinizing, daydreaming, solving, imagining.

While their thoughts will vary greatly, even from day to day, they are sure to settle their minds most often on those who matter most in their lives.

The introverted husband is likely to spend more time thinking about you than the extroverted husband. It makes sense, right? Men have thoughts pop into their heads sporadically throughout the day, much of which have to do with sex.

While the introvert may just as well be undressing his secretary with his eyes, at least he’ll spend more time throughout the day thinking about how much he loves you. You won’t find a perfect man, but lock down an introvert and you may find a great one.

Introverts generally care less about other people. They don’t spend much time worrying about impressing others, interacting with others, or giving others too much thought.

Unless, of course, those people matter to them. Unless those people influence their lives and are believed to be important individuals.

The fact is that the fewer chances a man has to cheat, the less likely he is to cheat. Numbers don’t lie.

4. If he does cheat on you then at least you know how he feels about you.

Introverts aren’t usually the ones to make such “mistakes.” If he decided to cheat on you then it’s because he doesn’t want to be with you anymore.

Whether or not he is still in love with you is up for debate, but more likely than not, he believes he no longer wants to be part of the relationship – even if he doesn’t know it yet.

Or rather, he most likely does know it – being an introvert and all – but isn’t able to admit it to himself yet. While no one wants a cheating man, at least you’ll have one that leaves you knowing where exactly you stand.

With extroverts, there tends to be much more deception and confusion.

Men think about sex. A lot. Now, let’s do the math… Say an average male spends 10 percent of his thoughts thinking about pushing his preferred sexual partner up against the hood of his car.

Even if the gap isn’t so drastic, introverts usually do spend more time daydreaming and thinking about sex. Practice does make perfect – even if you’re only running through raunchy scenarios in your own mind.

You’d think it would be the other way around, but it isn’t. Introverts spend more time in their heads because they find that most of the outside world ought to be observed instead of simply interacted with.

However, when they do interact with the physical world, they tend to do so with more meaning. They act not for the sake of acting, but because they feel the need to act. When an introvert loves you, you become part of him and he will take care of you like he takes care of himself – if not better.

Introverts tend to obsess more over their loved ones because they find it miraculous that they can connect to another individual on such a profound level. He won’t forget your birthday to say the least.

7. When an introvert enters a relationship, it’s because he believes he needs the relationship

…Not that he’s bored and figures that he may as well enter such a partnership. Which, let’s be honest, seems to be the case for most men. Introverts are so comfortable with themselves that they often don’t feel that they need anyone else.

They find themselves sufficient for their happiness. That is, however, until they fall in love. Once they realize that they literally need this other person, they will be the best partner they can possibly be. Why? Because they need it to work in order to stay happy.

Introverts spend the majority of their lives basically alone. They are observers. They are thinkers. They are lone wolves who believe the best way to live life is by taking a step back and seeing the bigger picture.

When they enter fatherhood, things change – even more so than they did when they fell in love. Falling in love teaches them that there exist other people who are just as important to them as they are to themselves.

Fatherhood teaches them that there are people in this world who are more important to them than themselves. An introverted father will love his daughter/son more than any other. Not to mention that he’ll likely have more to teach them.