THIS IS HAPPENING RIGHT NOW IN VENEZUELA

Serious things are happening in Venezuela. Right now in the streets, people are trying to push against the communist government of President Nicolas Maduro.

Police are shooting at the rioters.

Police killed two students with orders from the government.

This is the ID of one of the students who was killed by the police shootings.

All TV channels are controlled by the government and are not allowed to show what is happening. The pictures are being taken by people who post on social networks and some brave reporters. 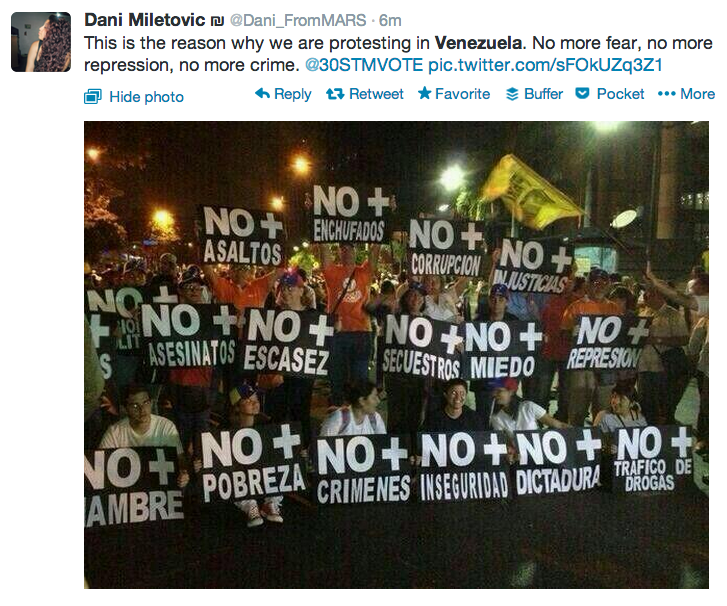 Protester shot while running away 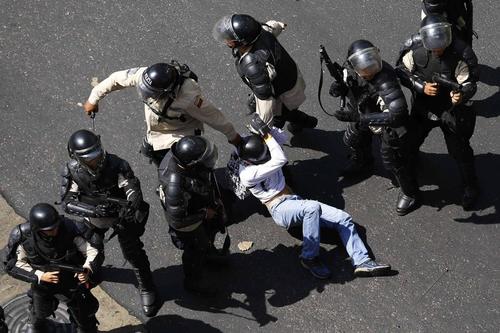 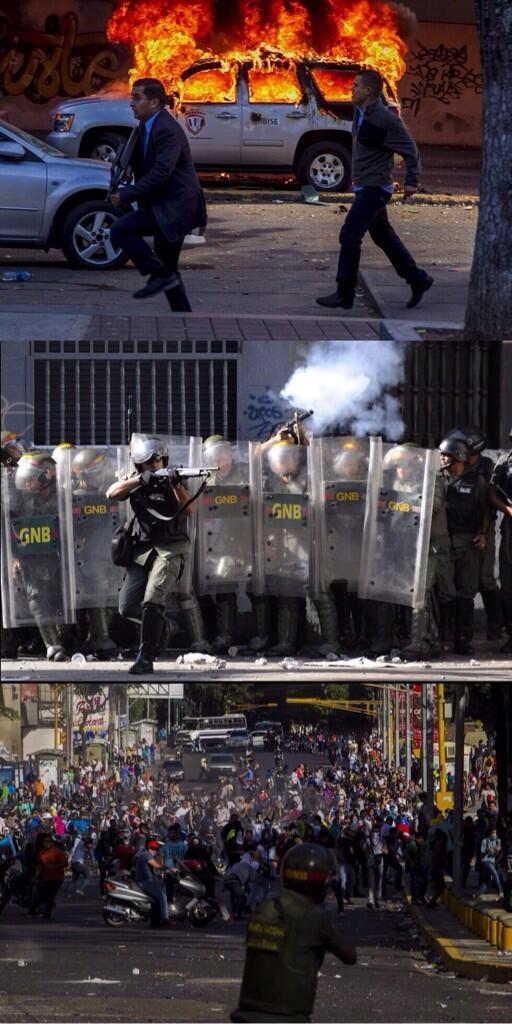 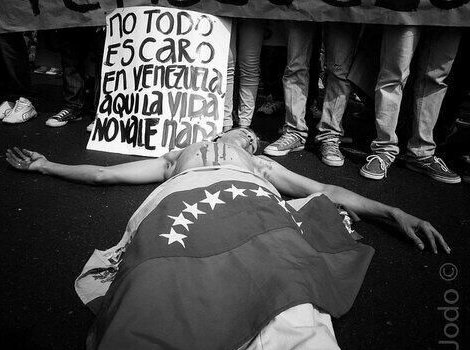 Translation of the sign, “Not Everything is Expensive in Venezuela, Here Life is Worthless.”