Hippies Are Back. But Now They’re Called Millennials And Have Better Weed. 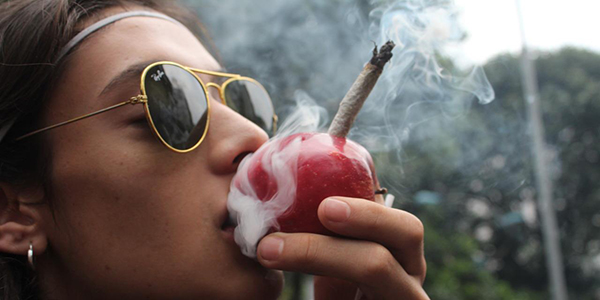 The Beatles are as popular as ever, Volkswagen vans are back in, and hippies have just become hipsters. Black rights have become gay rights, women’s liberation is now Jezebel, and Vietnam is Iraq. LSD goes by acid, ecstasy is called Molly, and bud is still very much bud.

Carol King goes by Lana Del Ray, Janis Joplin is known as Amy Winehouse, and John Mayer likes to think he’s Bob Dylan. Woodstock is Coachella, Burning Man and Bonnaroo. Vinyl are still vinyl and record stores are what is now Urban Outfitters. And JFK is most definitely Obama.

It’s time we stopped talking about the 60s as the golden years of America because, as your history teacher once poignantly explained, history is cyclical. My fellow Millennials, we are very much the generation of the flower power.

It’s a time of rock and roll, drugs and freedom of expression. It’s defying our parents’ idea of a “real” job, inhabiting dirty studio apartments and attending festivals by the sea. It’s parkas made from alpaca wool, kale chips and lots of cocaine. It’s the f*cking 60s, man!

With the recent insurgence of weed legalization, I can’t help myself from constantly comparing Generation-Y to the generation of the hippie. It’s a time of massive change and revolution in our country, with weed just becoming a large metaphor, like the pink and blue peace sign on your grandparents’ Volvo.

We are the new free spirits, the new lovers, the new revolutionaries. We are the children of the herb, the sisters of the ganja and the brothers of the pipe. We are just passionate kids with an idea of living life another way.

We’ve defied almost everything our parents told us, protesting the right winged conservatives and fat cat Wall Street capitalists. We’ve marched for gay rights and petitioned for the deportation of Justin Bieber. But most importantly, we made weed legal.

No other generation has had the power, wherewithal, or numbers in pot smokers. We’ve pushed for change, for legalization, for acceptance. Sometimes I wonder, though, how will we end up?

We know how our parents ended up: straight-laced, stubborn, narrow-minded and seemingly unhappy. The Baby Boomers seem to defy anything that remotely inspires creativity and a different view. They ignore what they don’t know and hate what they can’t understand. But we will be different.

We’ll be a culture founded on art, love and music. We won’t be biased against sexual preference, skin color or nationality. We won’t start wars or throw bombs. We won’t kick people out for wearing turbans or living in Palestine. We won’t have half our generation’s marriages end up in divorce.

We will welcome adversity, share spliffs with our brothers and sisters and talk about making the world a better place. Because at the end of the day, we can’t possibly f*ck it up any worse than they did.

LIKE US ON FB 🙂
« 17 Struggles Of Having An Outgoing Personality But Actually Being Shy And Introverted » There Are 9 Types Of Intelligence. Which Type Are You?