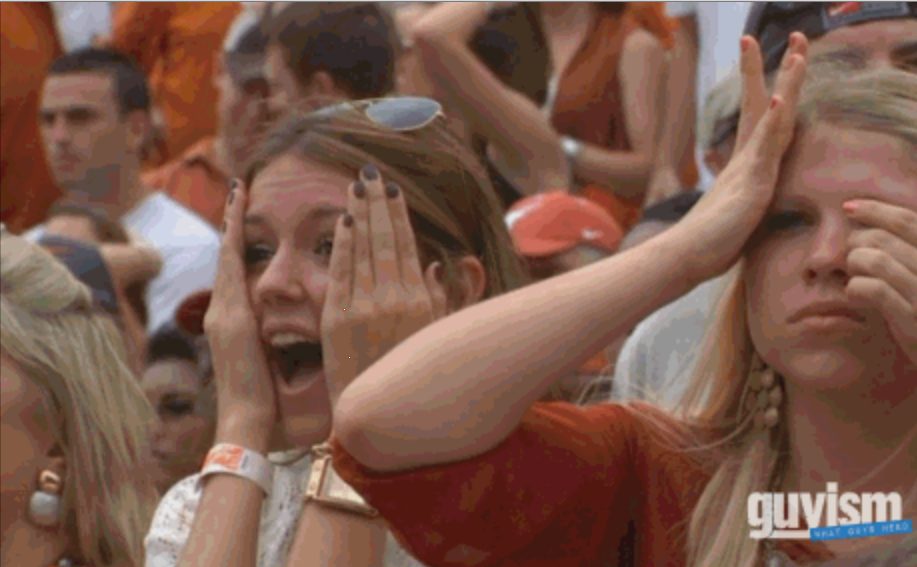 Whether it’s college or professional football, all is finally right with the world again.

This is the season where Sundays become just as fun as Friday nights, and the beers, wings and pizza are limitless.

Regardless of whom you are, watching football is a great American pastime that has brought together families and friends for decades. However, with all the joy football brings, if you’re a female sports fan, be ready for some hardships.

Newsflash: It is possible to be a woman AND know about sports. Sorry, boys, we’re leaving the kitchen and spending our Sundays on the couch.

So, all of my fellow sports fanatics, I present to you the five most annoying things about being a female sports fan.

1. We are capable of being into sports for reasons beyond impressing some guy.

Nothing — I repeat, nothing — is more aggravating than being asked, “Who’s the guy you’re trying to impress?” after stating you like watching sports. Equally as annoying is when people only ask whom we think is “cute” on the team.

We can enjoy sports simply for ourselves — no man necessary.

2. We don’t need explanations for every play; we actually know what’s happening from our own know-how.

Unless we specifically asked, please resist the urge to give us mini lessons while watching the game. More likely than not, we know what is happening.

3. Stop giving us pop quizzes once we mention our favorite teams.

I can’t enumerate the number of times that after mentioning a favorite team, a guy was waiting to quiz me on it. If I don’t know every starter, I apparently don’t know the team.

Asking me to list every stat is not only annoying, it’s also offensive.

Either way, trying to call me out for not knowing absolutely everything about a team is just as aggravating as assuming I know nothing.

4. Just because we’re girls doesn’t mean we want jerseys to be all pink and bedazzled.

There is a time and place for pink football jerseys, and that time and place is never and nowhere. Being a true fan means loving your team’s colors and wearing them with pride.

Additionally, it would be appreciated if we could get a better selection; the abundance of ridiculous V-neck shirts and bedazzled prints is enough to drive any girl nuts.

5. This isn’t a bandwagon or a phase.

We are the ride or die, the thick and thin; we are in this committed relationship with our team for the long haul. It doesn’t matter if it was Dad who showed us sports as a kid, or if our colleges made us the fanatics we have now become; we’re fans and it’s not going to change.

Although being a female sports fanatic can come with many challenges, it’s a journey worth the ride. It’s now football season, which means female sports fans can handle whatever anyone says because we know there’s no better time of the year.

Regardless of gender, football doesn’t care about your relationship problems, stress from work or troubles in school.

It’s the perfect getaway from anything that’s bothering you in life. Football is more than a sport; it’s part of the American culture.

So, go ahead, my fellow female fans. Wear your team’s colors proudly, and don’t let anyone stop you from fully enjoying the game.