24 Haunting Images Of Abandoned Places That Will Give You Goose Bumps. #16 Is Insane. 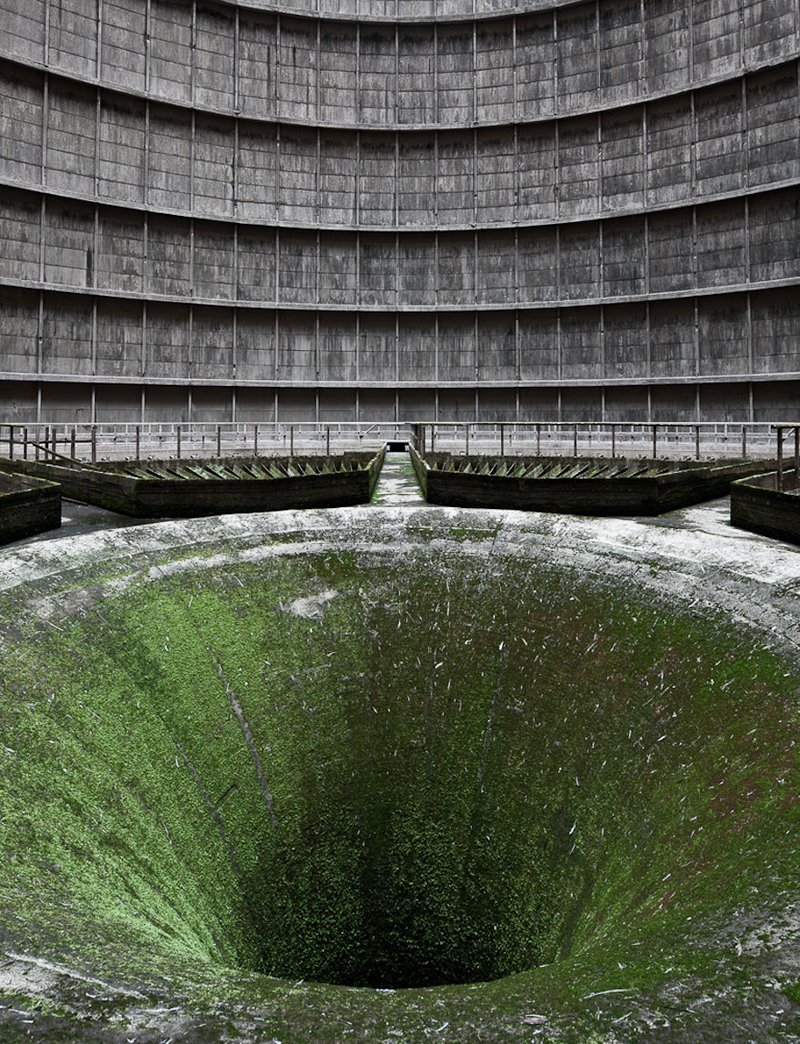 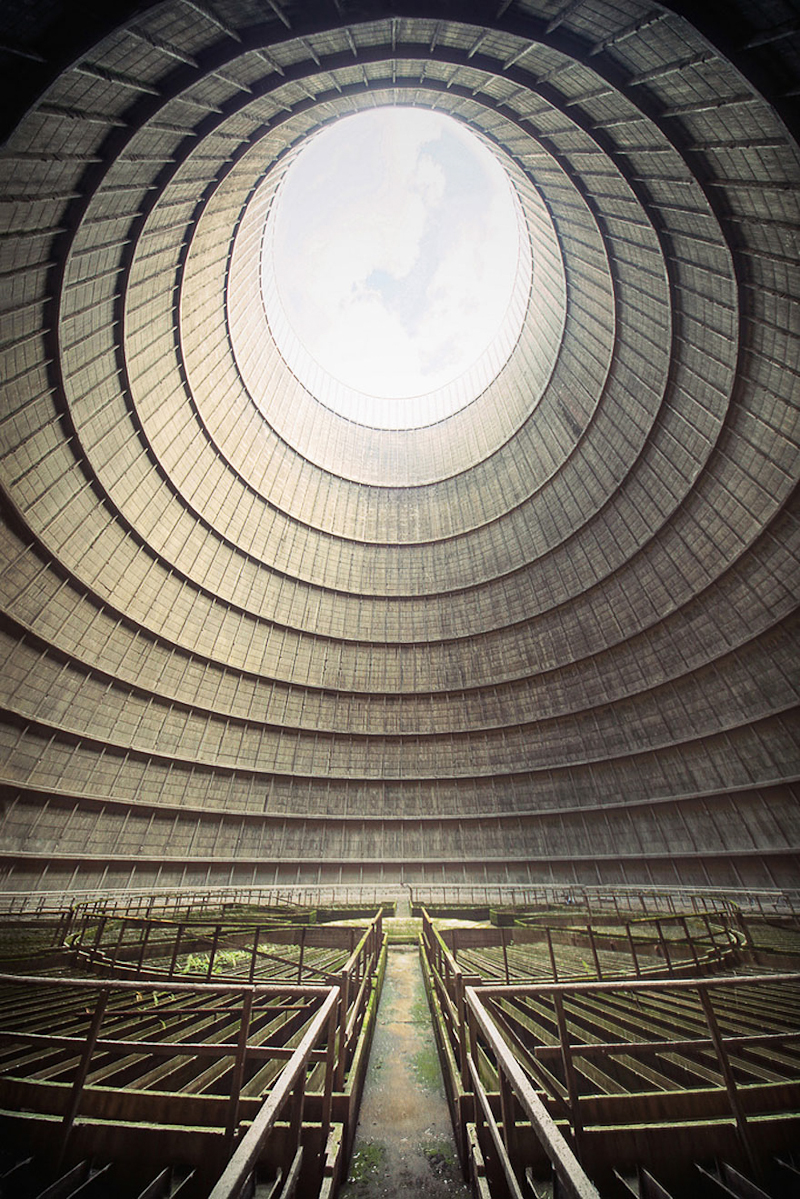 These are parts of a cooling tower in an old power station in Monceau, Belgium. The trumpet-like structure in the middle introduced hot water to the structure, where it then cooled while dripping down hundreds of small concrete troughs and slats. 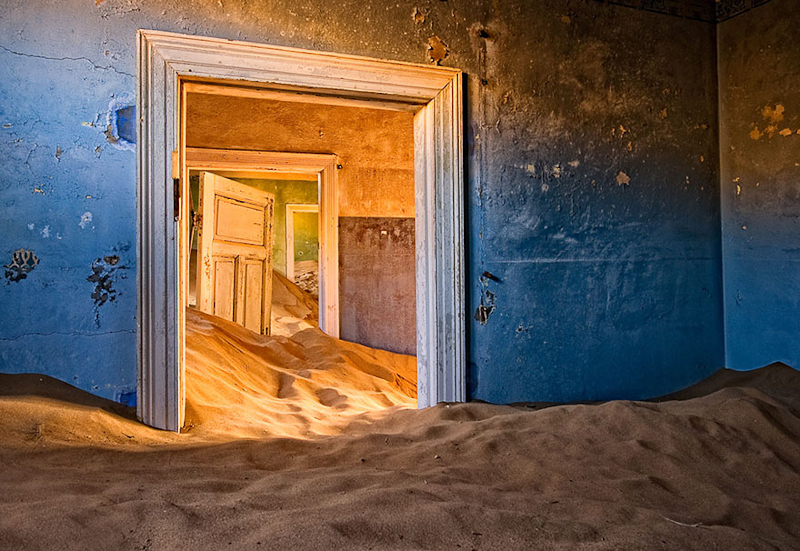 Kolmanskop was a small settlement in Namibia that saw a boom in the early 1900s when German settlers realized that the area was rich in diamonds. The surge of wealth gave out after WWI, however, when the diamond field began to deplete. By the 1950s, the town was completely deserted, and is now visited by photographers and tourists. 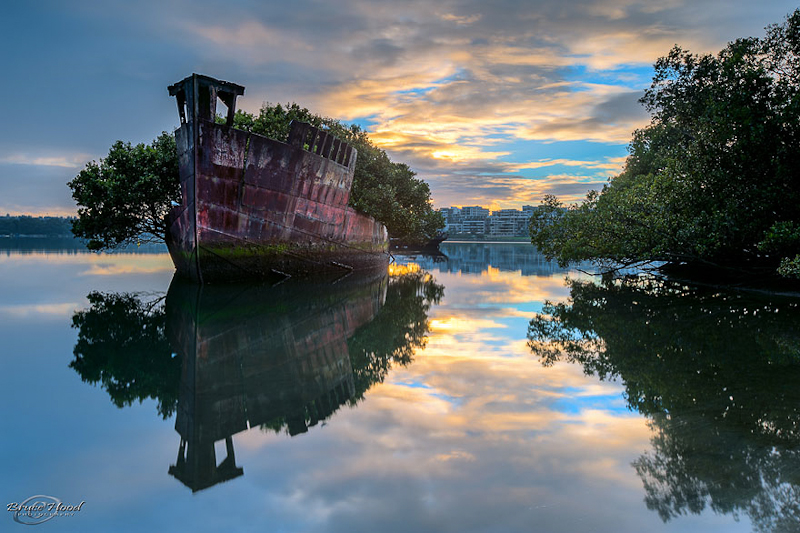 This is the hull of the SS Ayrfield, a large steam ship condemned to dismantling in Homebush Bay, Australia after WWII. When the dismantling yard closed down, however, it and several other ships remained where they were. Now, it is a beautiful and haunting floating forest that serves as an example of nature’s capacity for survival. 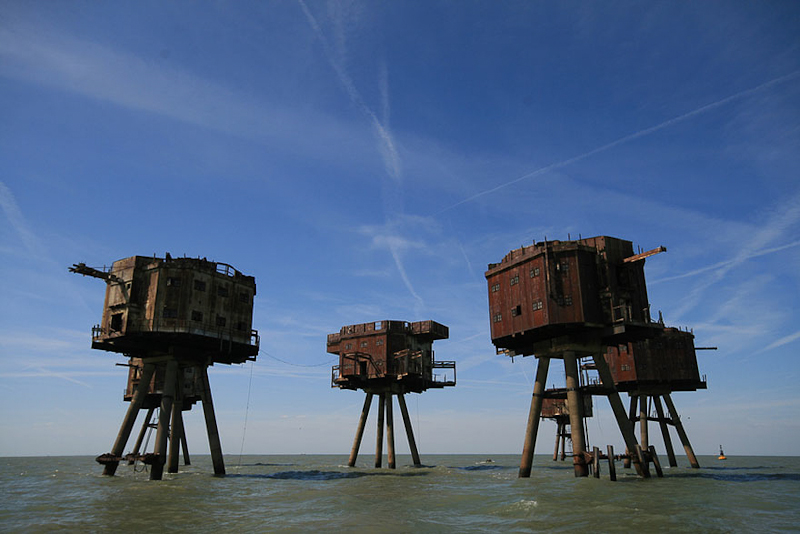 The Maunsell Sea Forts were erected near the Thames and Mersey rivers in Britain to help defend against potential German air or naval raids during WWII. After being decommissioned in 1950, they have been inhabited by various new tenants, including pirate radio operators and by the Principality of Sealand, which claims to be an independent sovereign state. 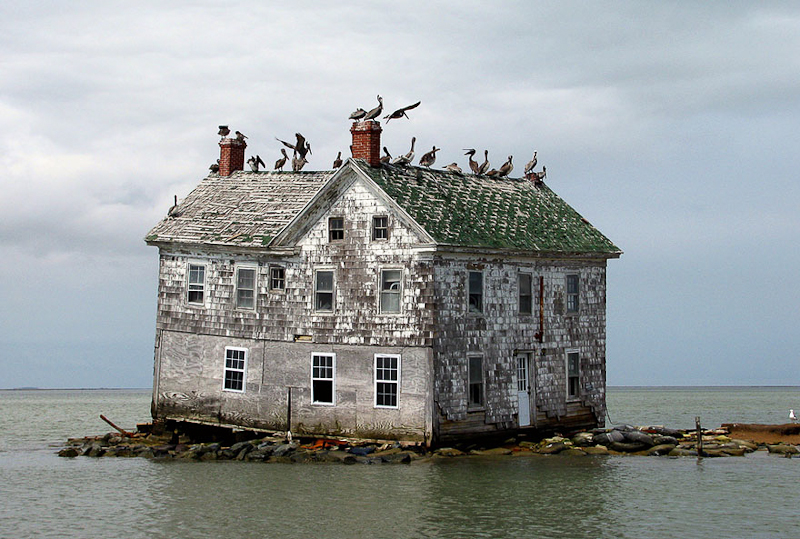 This house was part of what was once a fairly successful small island colony in Chesapeake Bay in the U.S. Rapid erosion of the island’s mud and silt coast, however, meant that there was less and less room to live on the island. This house was the last one left on Holland Island before it too collapsed in 2010. 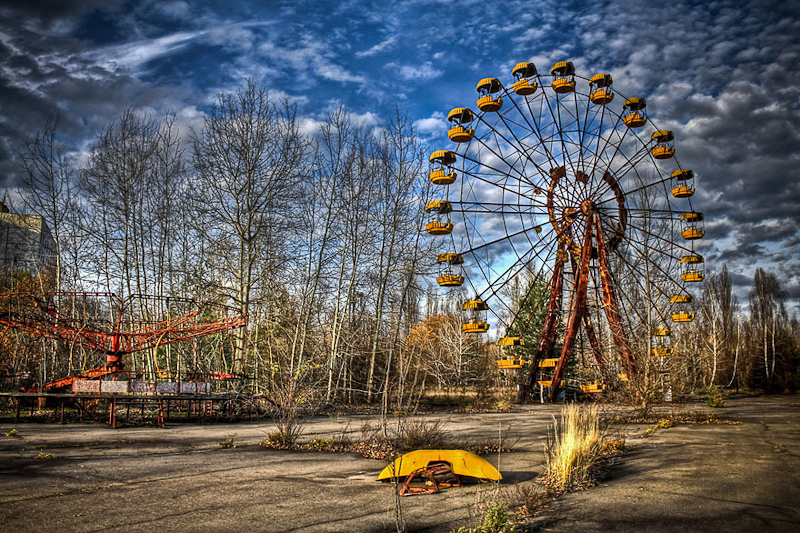 Pripyat was established on Feb. 4th, 1970 in Ukraine near the border of Belarus as a Soviet nuclear city. It was home to many of the workers who worked in the nearby Chernobyl nuclear power plant, which melted down disastrously in the 1986 Chernobyl Disaster. After being evacuated, Pripyat remains a radioactive ghost town that can only be visited through guided tours. 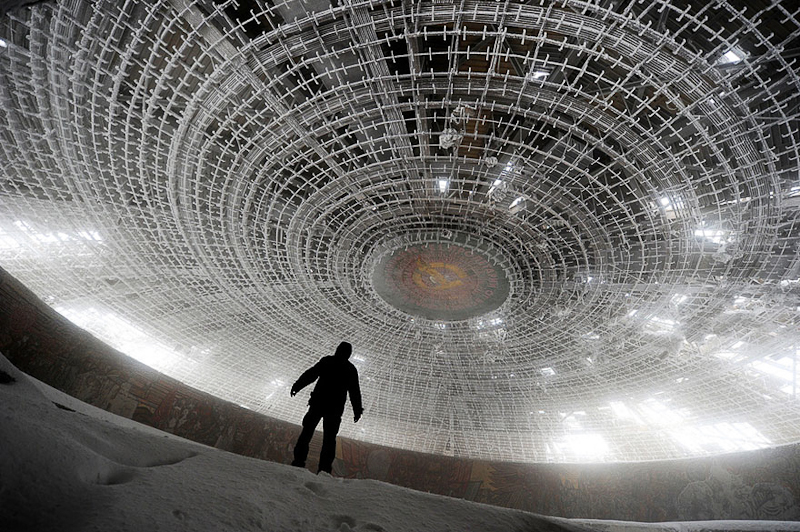 The former headquarters of Bulgaria’s Communist Party are just as eerie on the outside as on the inside. The flying-saucer-like building, while probably a wonder while it was in use from 1981 until 1991, went into disrepair soon after the fall of the Soviet Union. It is now a ghost of its former self, although plans are being made to restore it. 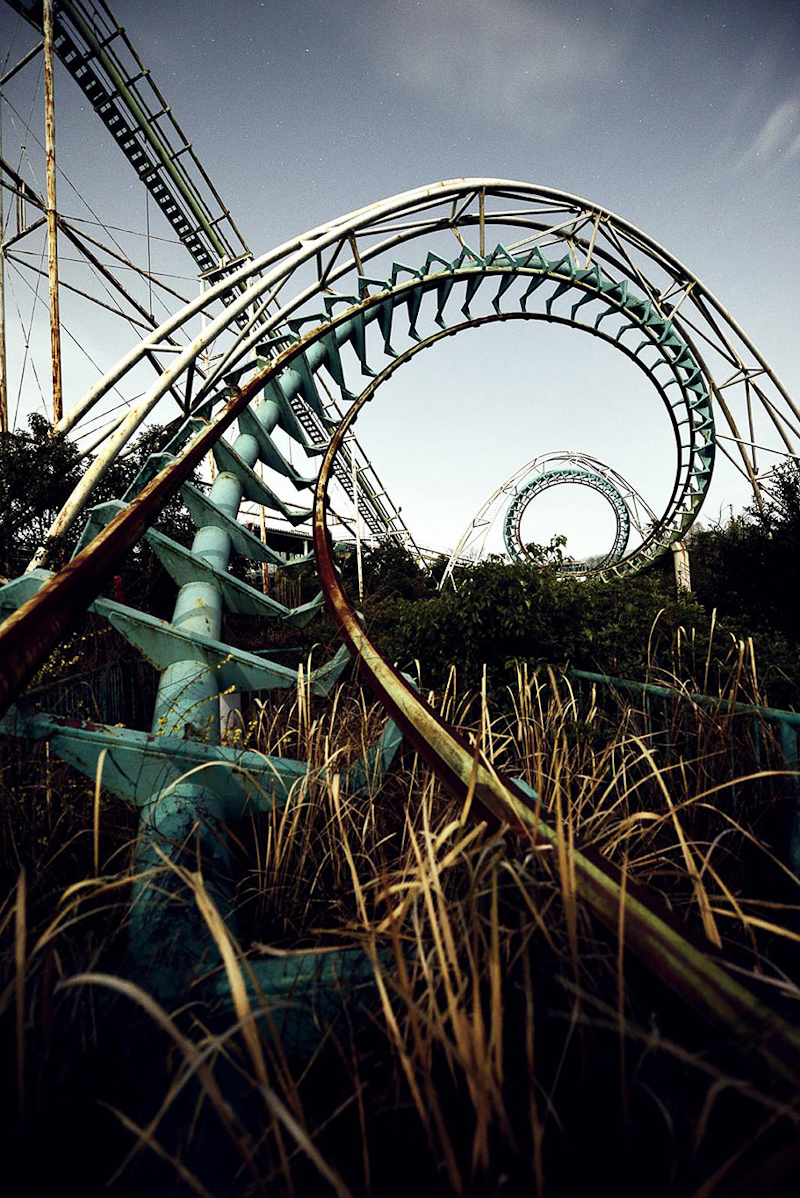 The Nara Dreamland park, inspired by Disneyland, was opened in 1961. By 2006, however, it closed down. Now it is a popular destination for urban explorers, although security guards still occasionally patrol the grounds and impose fines. 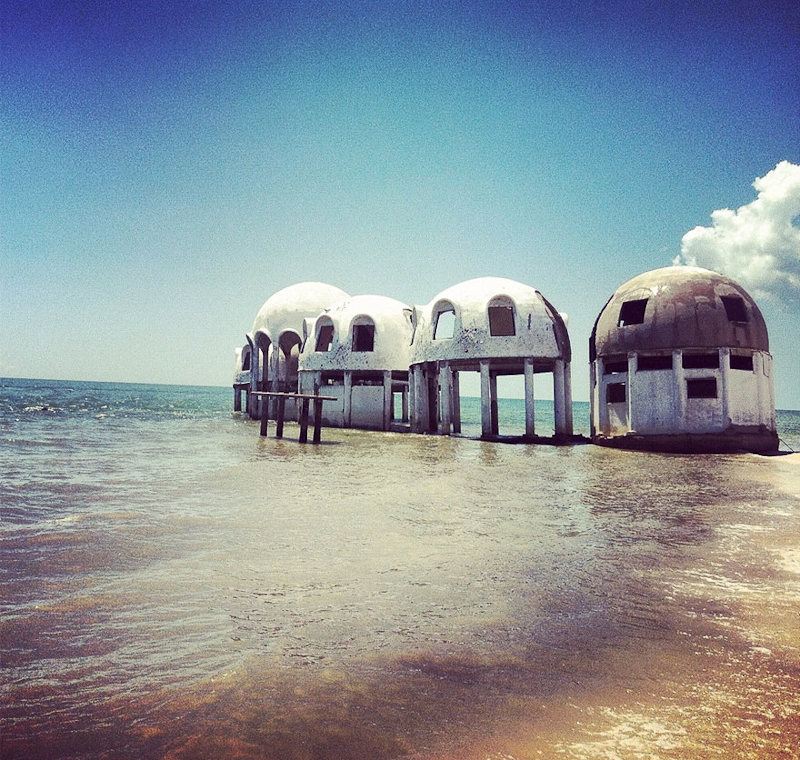 These small domed structures were built in 1981 on Cape Romano off the coast of Florida in the U.S. They were the summer home of oil producer Bob Lee before falling into disrepair. What their fate will be today is still uncertain. 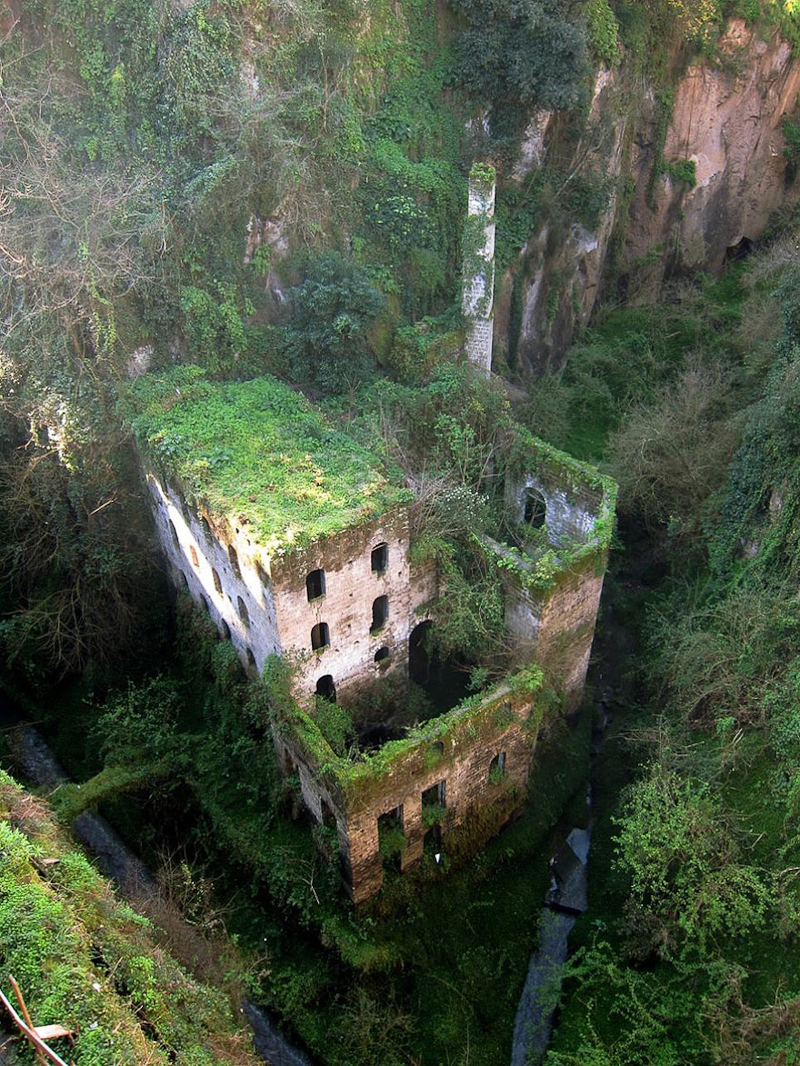 This mill in the Valley of the Mills in Sorrento, Italy was abandoned in 1866. This mill ground wheat, and a sawmill operated nearby as well. The mill was isolated from the sea by the construction of Tasso Square, which raised the humidity in the area and caused it to be abandoned. 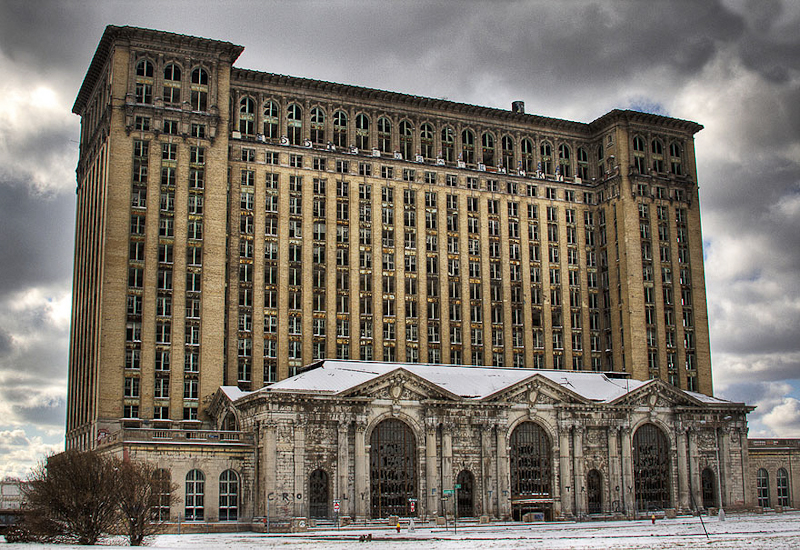 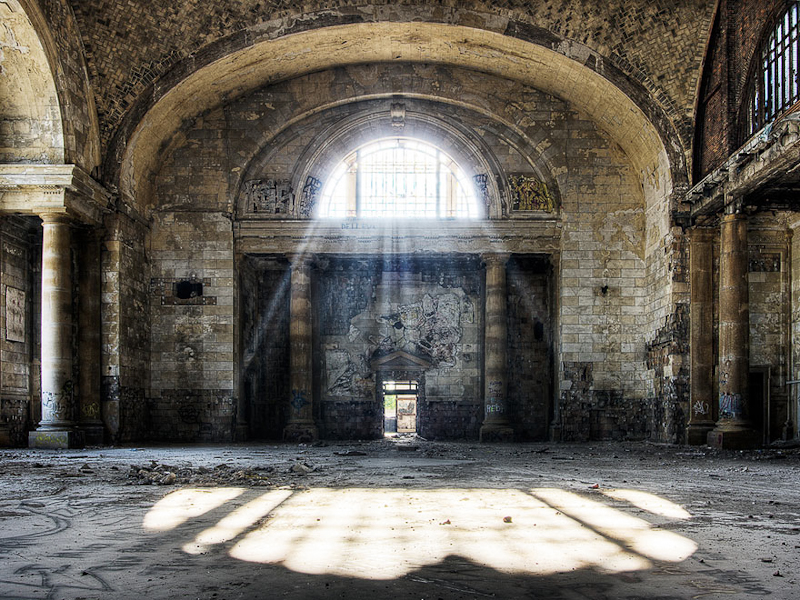 Michigan Central Station was built in 1913 in Detroit to create a new public transportation hub. Several planning oversights and mistakes, however, led to its gradual decline and closing in 1988. The building’s fate is still being decided, but in the mean time, the station has appeared in several films and videos, including Eminem’s “8 Mile” film and “Beautiful” music video. 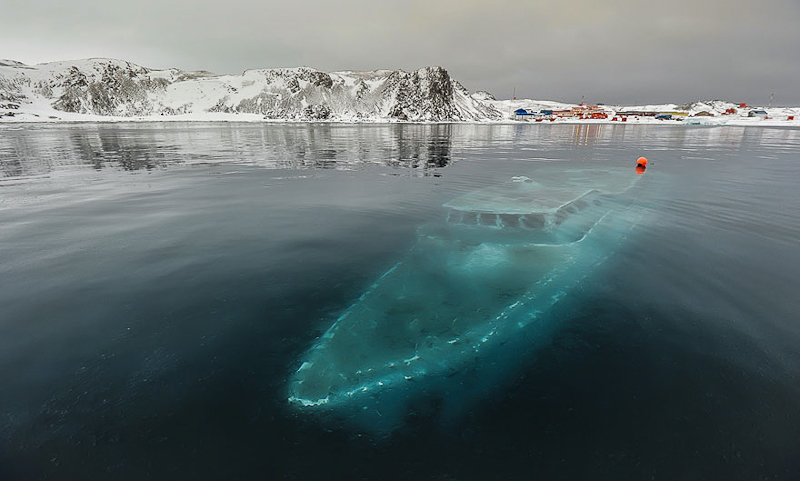 This eerie ghost ship is the Mar Sem Fim, a Brazilian yacht that was shipwrecked near Ardley Cove in Antarctica. A Brazilian crew had taken it to film a documentary, but strong winds and stormy seas forced the crew to abandon ship. The water that washed over the ship froze, cracked its hull and sunk the yacht, but it has since been salvaged. 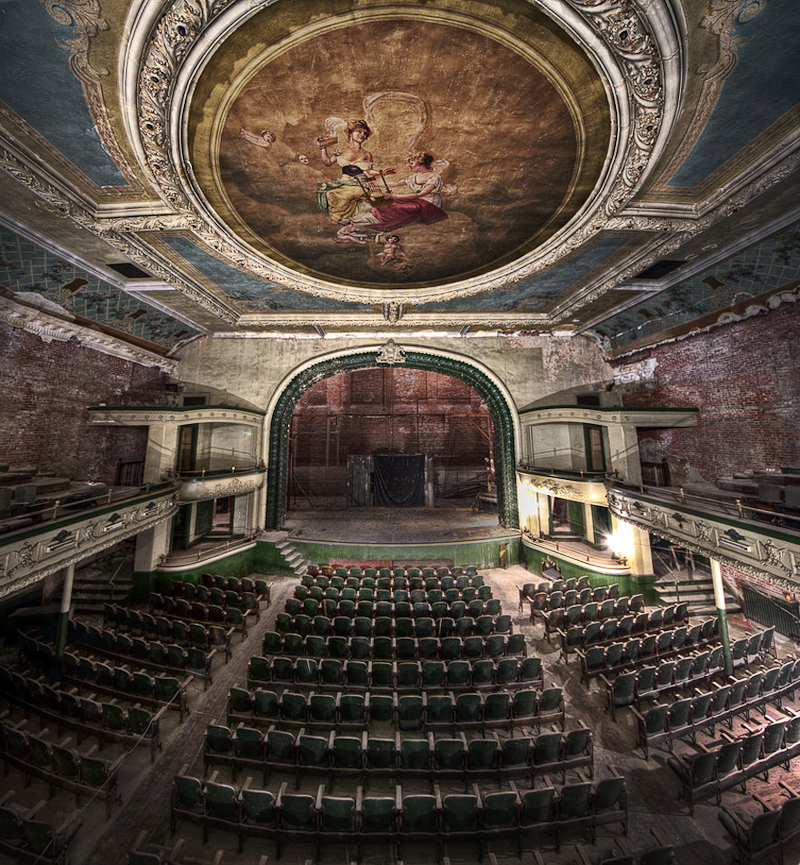 The New Bedord Orpheum is an old theater and entertainment building located in Massachusetts in the U.S. It was opened in 1912 and closed in 1959 – since then, it has stored tobacco and served as a supermarket. Now, the Orph Inc. nonprofit is trying to raise money to revitalize the building. 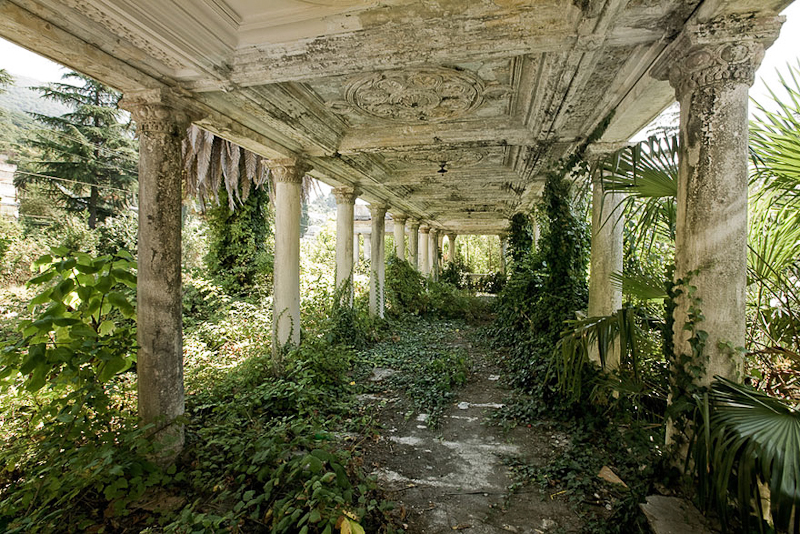 This train station in Sukhumi, Abkhazia was abandoned during the War in Abkhazia in 1992 and 1993. The dispute between Georgia and Russia over the region has isolated the region, but the decaying station retains some of its former glory in the form of intricate plaster work and mahogany furniture. 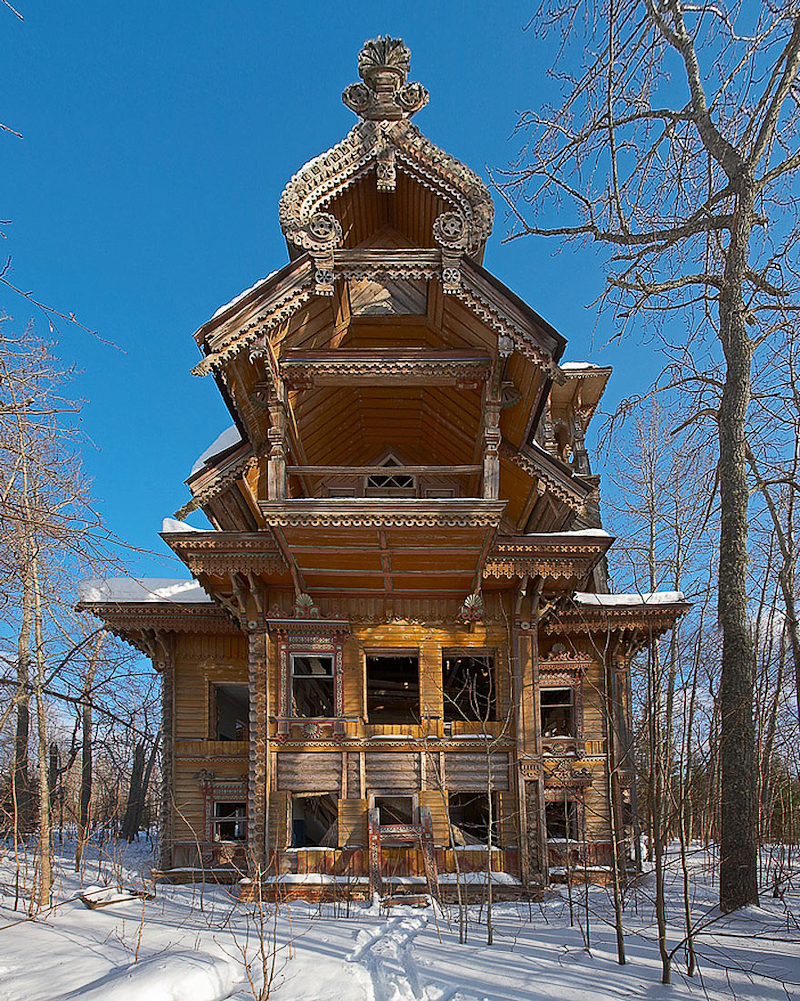 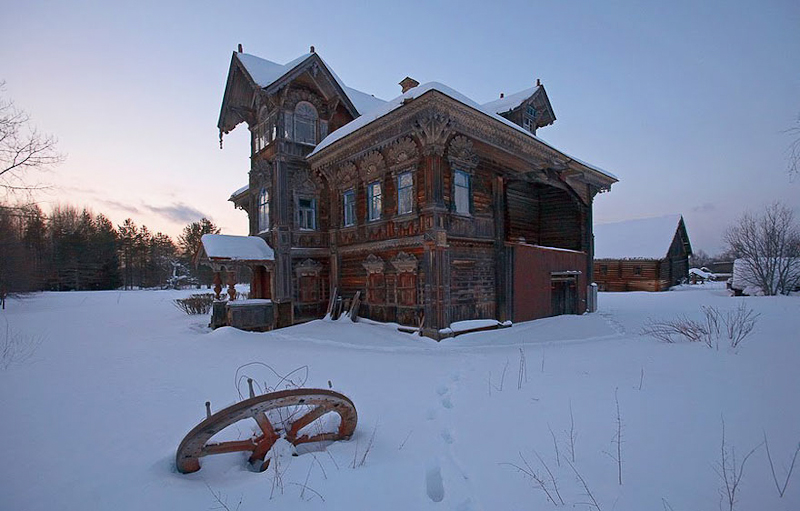 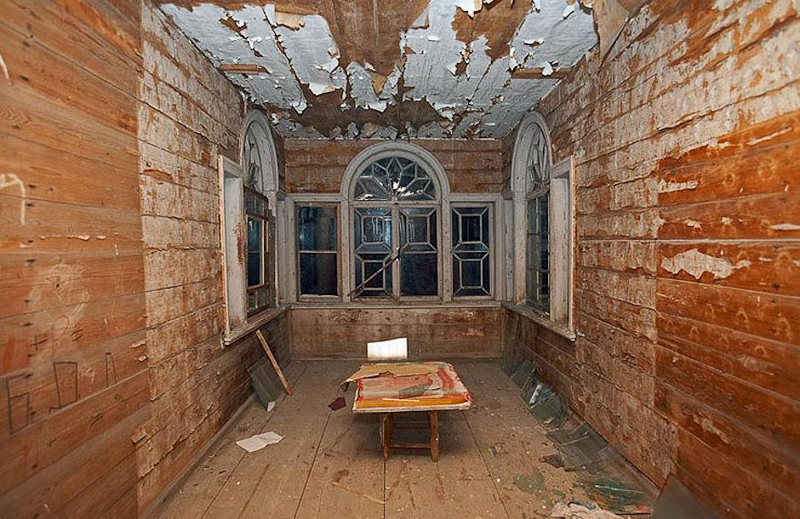 These beautiful, intricately decorated buildings are found deep in Russian forests, where their isolation has helped them remain relatively intact. 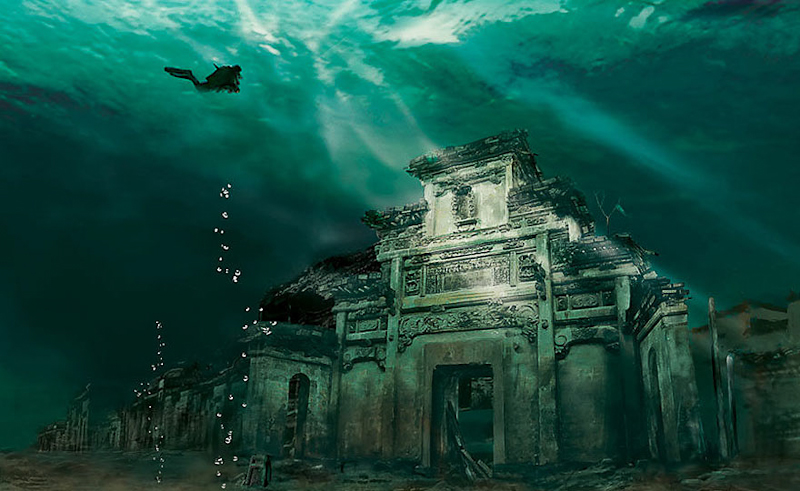 This incredible underwater city, trapped in time, is 1341 years old. Shicheng, or Lion City, is located in the Zhejiang province in eastern China. It was submerged in 1959 during the construction of the Xin’an River Hydropower Station. The water protects the city from wind and rain erosion, so it has remained sealed underwater in relatively good condition. 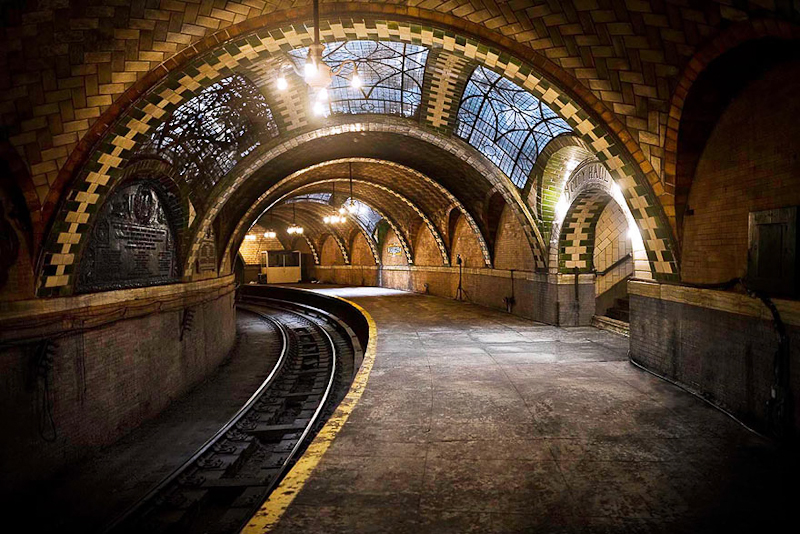 This beautifully-designed metro station sits underneath City Hall in New York City. Because of its location, much attention was given to its design, but nearby stations ensured that this one never received a significant amount of traffic, and its curved layout made it unsafe for use with newer, longer trains. The station was closed in 1945 and, because of security concerns, it generally remains closed, with the exception of occasional exclusive tours. 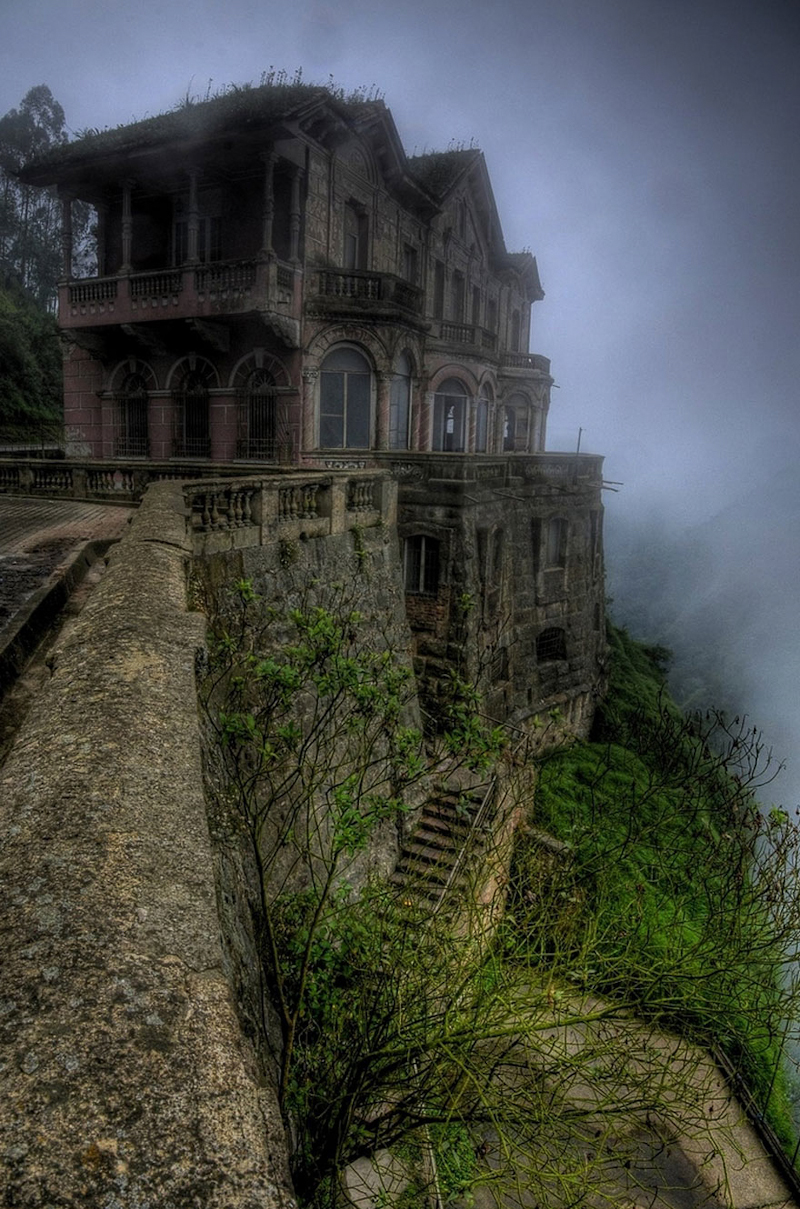 The Hotel De Salto opened in 1928 near Tequendema Falls in Colombia to serve tourists who came to marvel at the 157 meter-tall waterfall. It closed down in the early 90s after interest in the waterfall declined. In 2012, however, the site was turned into a museum. 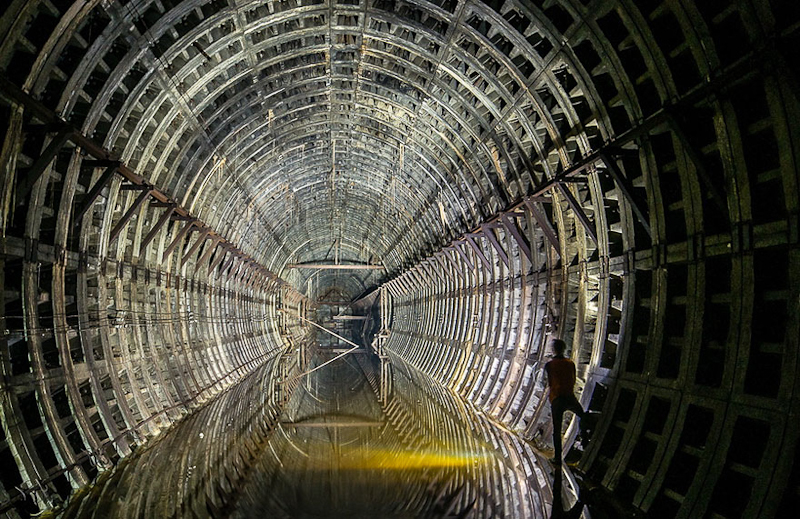 This image of an abandoned subway tunnel was captured in the metro system underneath Kiev, Ukraine. Many of the tunnels are partially flooded, and stalactites hang from the ceilings.

20. Abandoned Submarine Base in Balaklava, Ukraine 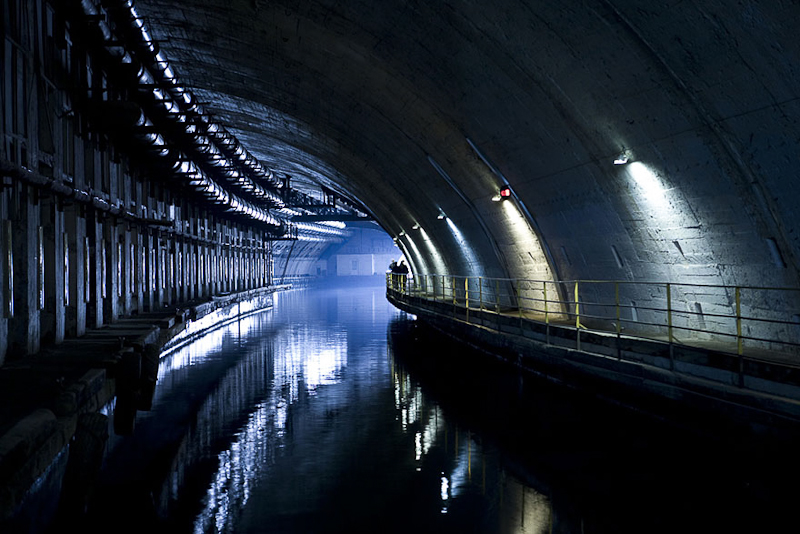 While this old submarine dock in Ukraine isn’t totally abandoned, the decommissioned formerly top-secret site near Balaklava is still impressive. Until its decommissioning in 1993, the site was one of the Soviet Union’s most top-secret sites, and was said to be able to weather a direct nuclear strike due to its underground construction. Today, it is a national naval museum. 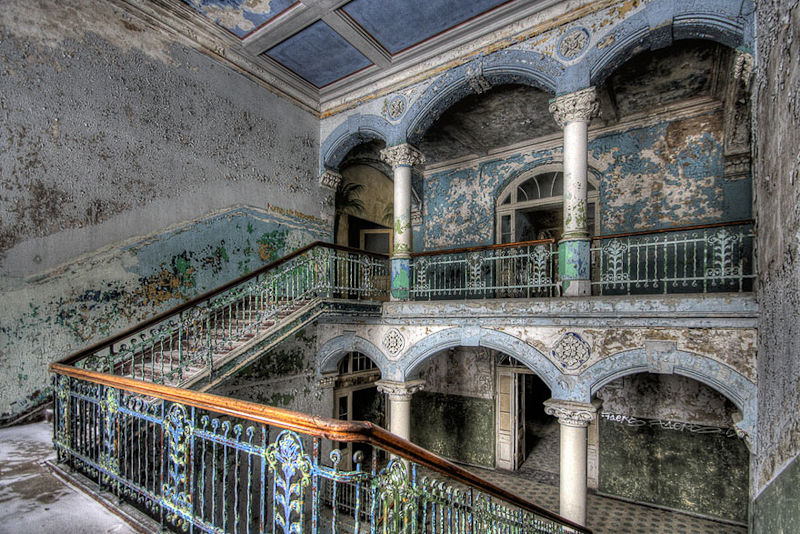 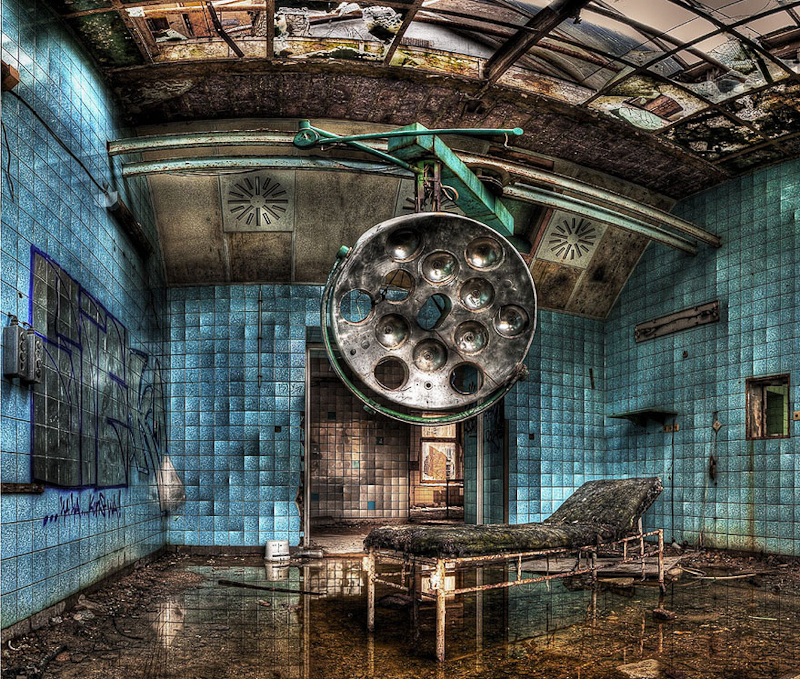 These eerie pictures are part of the Beelitz-Heilstätten hospital complex in Beelitz, Germany. The large complex was built at the end of the 1800s and helped Adolf Hitler recuperate from a leg wound incurred at the Battle of Somme in 1916. Parts of the complex remain in operation, but most were abandoned after the Soviets withdrew from the hospital in 1995. 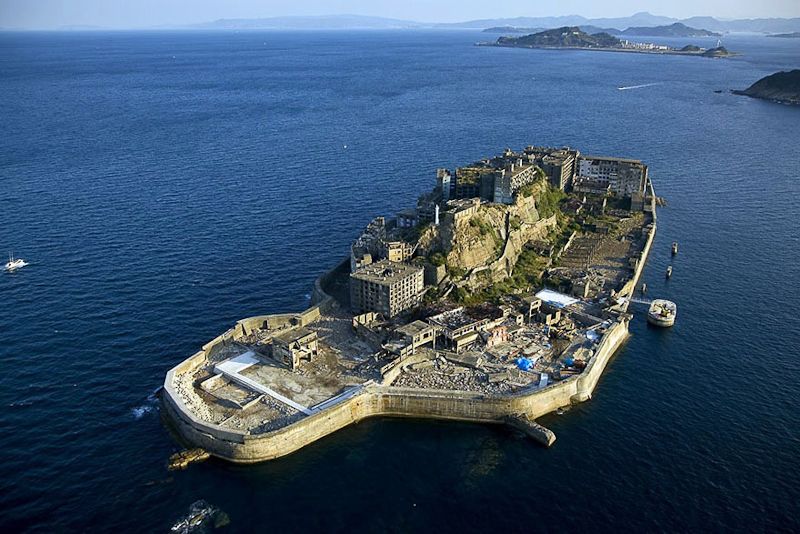 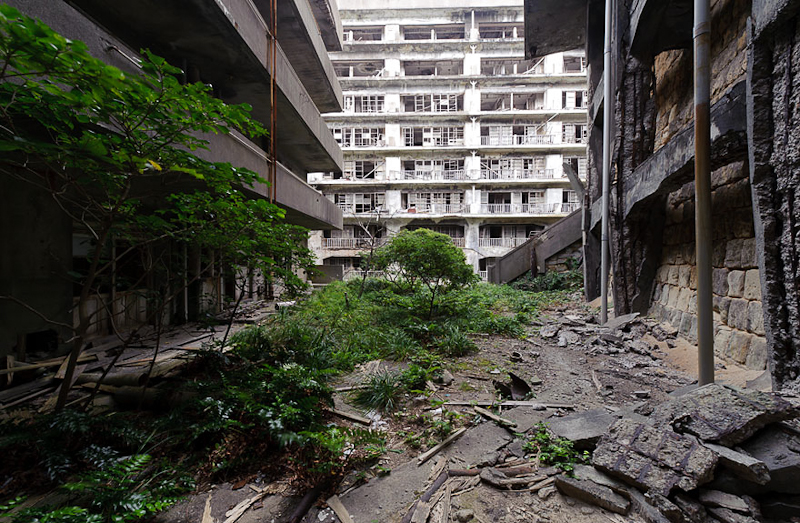 Hashima island in Japan has a wide array of nicknames, including Battelship Island (for its shape) and Ghost Island. From the late 1800s to late 1900s, the island was populated because of the access it granted to undersea coal mines. However, as Japan gradually switched from coal to petroleum, the mines (and the buildings that sprung up around them to support their workers) closed down, leaving an isolated ghost town that reminds some of a ghostly concrete battleship. 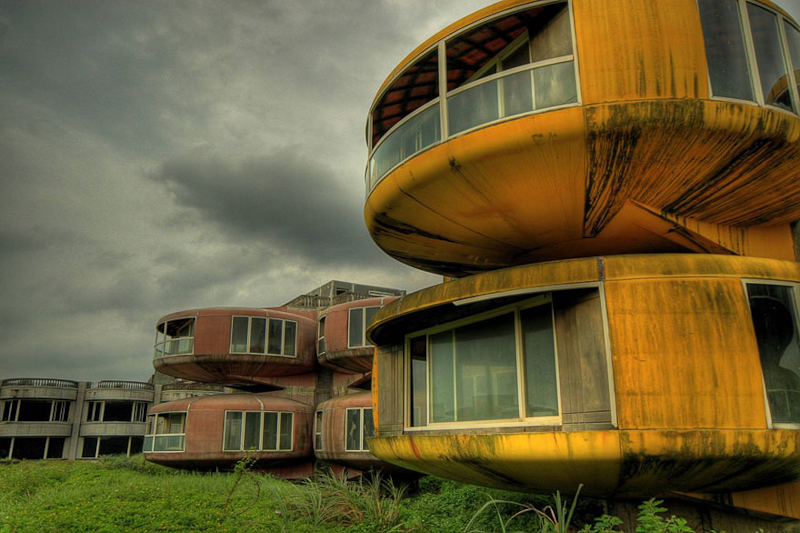 These alien-looking houses in Sanzhi were initially intended to serve as a vacation destination, especially for U.S. military officers returning from their positions in Asia. Lost investments and unfortunate car accidents, however, forced the site to close down in 1980, not long after it had been built. Unfortunately, the buildings were torn down in 2010.

24. Abandoned Church in the Snow, Canada

LIKE US ON FB 🙂
« Woman Gives Birth On The Sidewalk Of A Hospital » If You Could Breathe New Life Into The Distant Memories You Treasure Most…Would You?